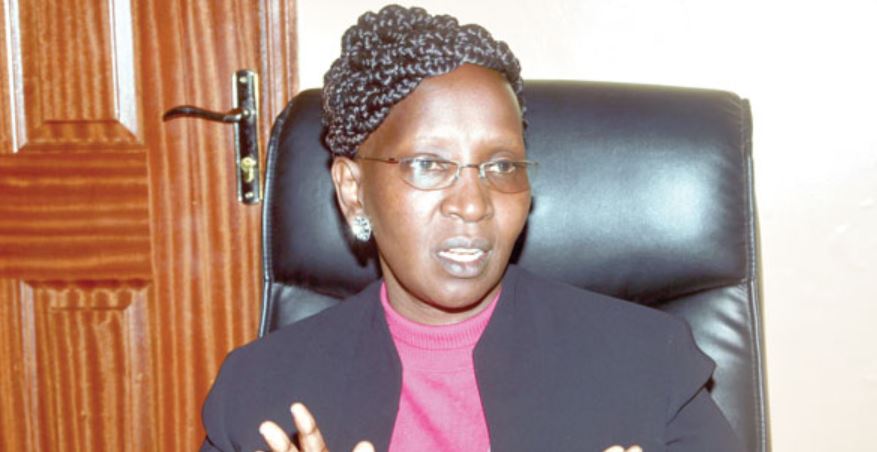 Linah Chebii Kilimo, a former the chairperson of Anti-Female Genital Mutilation (FGM) Board, is one of the leading crusaders against the cut in the country.

The former assistant minister speaks on why women support FGM, how she knelt in public barazas to forge peace between warring communities and why the Moran needs a helping hand.

Have you undergone ‘the cut’?

No. I remember a certain teacher I had in Class Four. He would tell us stories of uncircumcised, educated women who lived in a big city called Nairobi.

He would tell us of the big cars they drove. They carried their luggage in their big cars. I wanted to be like that. So, I ran away from home when the time came for the rite of passage.

My uncles came looking for me and talked to my parents to let me be. I just wanted to get educated and knew that circumcision would have killed my dream as I would have been married off soon after.

So, when I hear that a girl has run to escape this practice, my eyes tear up. I remember. I understand.

As a girl, did you ever dream of being a politician?

No. I wanted to become a doctor, but didn’t make the cut, so I ended up studying mathematics and working for Kenya Commercial Bank for 10 years. My move into politics came when I saw the pain that my community was going through.

No one seemed to care deep enough to look for a lasting solution to the conflict between the Pokot and the Marakwet people. Unnecessary deaths continued. There was no tarmac road. Not a single one in the entire constituency.

You were the first elected female leader from a pastoralist community, how did you pull that off?

By being myself. I never tried to prove that I could compete with men. I just explained to members of my community what a woman given the chance to represent them in Parliament could do.

I used examples they could relate to, expounding on the role of a girl child in Marakwet and how much is expected of her from a tender age. How hardworking she must be if the family unit is to thrive and translated that to a bigger picture.

How did you forge peace between the Pokot and Marakwet when you became MP?

I spoke to them of the aged woman who now had to live with the pain of losing a son in old age when she could no longer conceive. I spoke of the reality of the intermarriage between our communities, to show them that we really are just two sides of the same coin.

I revived certain markets that had been closed and made them open to both communities; I got food aid from the government and ensured that it was shared among both communities.

I told them that the pain of Marakwet woman watching her children sleep hungry was just as deep as that of a Pokot woman in the same shoes.

As the former chairperson of the Anti-FGM Commission, what is the greatest challenge you encountered?

Lack of adequate staff. We didn’t have enough people on the ground to get the job done in the magnitude I would have desired. I think that has and is changing now.

What pains you most about FGM?

The health implications of it. The pain that a woman has to live with for the rest of her life because of ignorance, wrong beliefs, fear of rejection and the likes.

She is lied to that she is a hero for enduring the pain, the unnecessary torture.

What is it like training a community on the pains of FGM?

There are pros and cons. Being one of their own, I can and do prove to them from my life’s script that it is possible to be uncircumcised and succeed in life. The downside of it is penetrating the entire community with this gospel.

For a practice that has been there for a long time, it is not a cup of tea to tell them to change their practice overnight. But it is worth it.

You introduced a Bill in Parliament against this practice. Is criminalisation of FGM the best way to handle a cultural practice?

Yes. It offers a shield, a measure of security to protect the girl child.

Who are the greatest supporters of FGM, men or women?

Women. Every woman wants to see their daughter settle down. In most communities, this is interpreted as getting married and having children.

Unless otherwise taught, the young men in the community prefer to marry circumcised girls because they believe that they are the ones who are well taught on how to make a home. The women don’t want their girls ostracised because of refusing to follow the practice.

So, in their hearts, they are acting in the best interest of their children. That is why women are opposed to anti-FGM campaigners.

The girl child in FGM prone areas gets a lot of attention, is anyone paying attention to the moran?

The moran believes that he will inherit what belongs to his father. I believe that it is time for the boy child to also wake up and look around. There are numerous opportunities beyond the walls of his father’s house.

Do you think that the moran needs a helping hand?

Yes. I do admit that there is a mentorship gap for the boy child in pastoral communities, someone to show him the big world that exists away from home, someone to shake him out of his comfort zone.

What is your advice to men whose wives are in positions of power?

My husband would be best placed to answer that (smiles). I have a very supportive husband. Being in politics involves a lot of sacrifices.

There are many times when I had to do parenting by phone. I simply called home to check on my children, but I could count on my husband to be there with them. For that, I am grateful.

Do you think that it is such sacrifices that have made many women nominated to county assemblies and Parliament lose their marriages?

I really don’t have the answer to that question.

What are your fondest memories of President Mwai Kibaki?

He was like the father I never had. Instead of looking at me as a naïve young woman who knew nothing about politics, he saw my passion and mentored me into leadership.

Khaligraph’s Ex Cashy Tells Her Side of The Story on Their Break Up < Previous
Everything You Need to Know About Aggy, The Dancing Queen in Sauti Sol’s ‘Short N Sweet’ Video Next >
Recommended stories you may like: