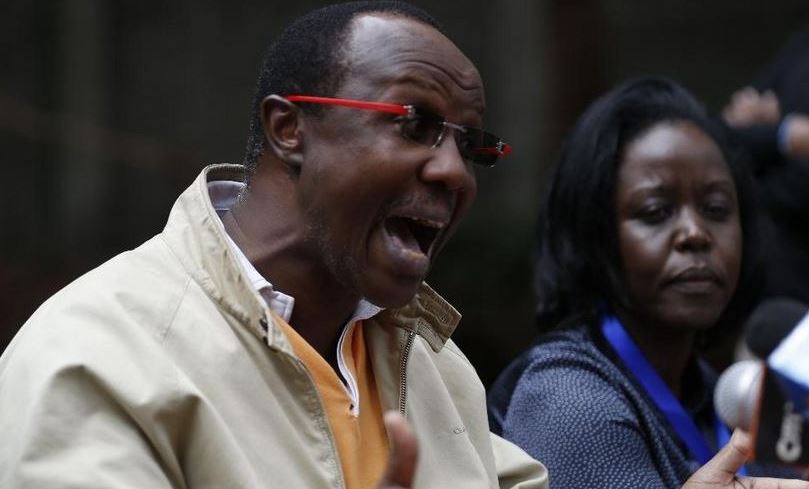 According to the controversial ‘public intellectual’, DP Ruto is being targeted by unnamed people to carry the corruption blame so as to scuttle his chances of clinching the top seat in 2022.

“It’s like in the Bible where Jesus cast out demons from people and put them in pigs and then the pigs went over a cliff. So if you want to sanitise Uhuru Kenyatta, you have to cast out the demon of corruption (that occurred) over the first four years which he presided over and put it somewhere.

“The convenient place to put this is in William Ruto and his patronage network. So what you are seeing is an exercise of self-preservation and I think it is the wrong way to go about it,” said Ndii.

According to the economist, President Uhuru is seeking a way of legitimising his leadership after a hotly contested 2017 election.

Ndii’s allegations were dismissed by Government Spokesman Eric Kiraithe who was also a panelist at the interview. He asserted that the Jubilee administration recognises that there are criminals inside the government and it is committed to ensuring they face the law.

“Kenyans should get it clear that the deputy president is part and parcel of the efforts to fight corruption in Kenya. This is not a political game. It is about accounting for public money. Seeming to ride a dead political horse over the bitterness of a lost election for far too long is beside the point,” stated Kiraithe.

This comes after DP Ruto assured Kenyans that action will be taken against all officials who will be found to have a hand in the corruption scandals regardless of the position they hold in government.

“We have achieved a lot in the past five years and we won’t allow that progress to be sacrificed at the altar of a few corrupt officials in government. Such characters must be smoked out and charged for the offences committed,” said Ruto.

Former Machakos Gubernatorial Candidate Accused of Defiling Minor < Previous
Karen Has Been Hijacked By ‘Vibandaskis’, Cries Donald Kipkorir [Photos] Next >
Recommended stories you may like: