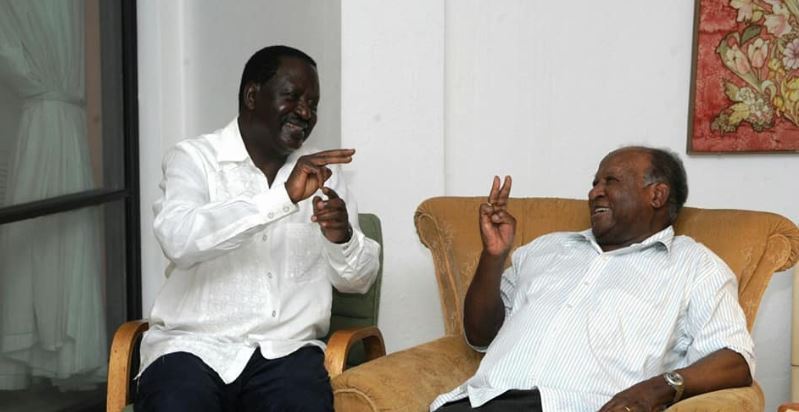 In his glowing eulogy of the late veteran politician, Odinga recounted an incident where he saved the life of Matiba when they were both in detention in 1990 at Kamiti Maximum Prison.

He revealed that when Matiba suffered a stroke, he was denied treatment until he (Odinga) secretly sent a message to Matiba’s wife, Edith, penned on a toilet paper.

Odinga narrated that he had established a cordial relationship with a prison warden, whom he named Mwangi, who would pass messages to Matiba.

The opposition leader disclosed that on one occasion, Mwangi informed him that Matiba had fallen ill but doctors were claiming he was feigning illness.

“Mwangi came and he told me, ‘Mheshimiwa your friend is sick. These days he is very dull, he is not talking, he just says he is in pain. Doctors have examined him but they are saying he is pretending but they themselves believe he is sick,’” Odinga recounted.

Raila further revealed that when the government heard that Matiba’s family had received information of his deteriorating health condition, they took him to a hospital and registered him for treatment as a Mr. Muchiri.

“I am saying this because I believe strongly that what caused the stroke in Matiba was preventable. If action would have been taken early Matiba would not have suffered a stroke,” said Odinga.

Raila also talked about how he developed a friendship with the late Matiba. He said he first knew Matiba during a soccer game after which they became close friends, a link he adds stayed on for years till his death.

He said he met Matiba when the latter was the CEO of Kenya Breweries, a time he formed the Kenya Breweries football club which became the league champion.

The ODM leader said at that time he was in Gor Mahia before moving to Luo Union, teams which competed amid entrenched tribalism in the sports sector.

“He wanted Kenyan football to rise to international standards for his love of sports. Matiba was a very principled man,” he said.

“We shared a lot of things with him.. we have lost a strong person, a hero, somebody dedicated to principles…”

The Trending Pics in Nairobi This Furahiday < Previous
President Kenyatta Calls for Unity and National Reconciliation in Honour of Matiba Next >
Recommended stories you may like: