Polygamy Debate Should Not Exist Among Christians, ACK Archbishop 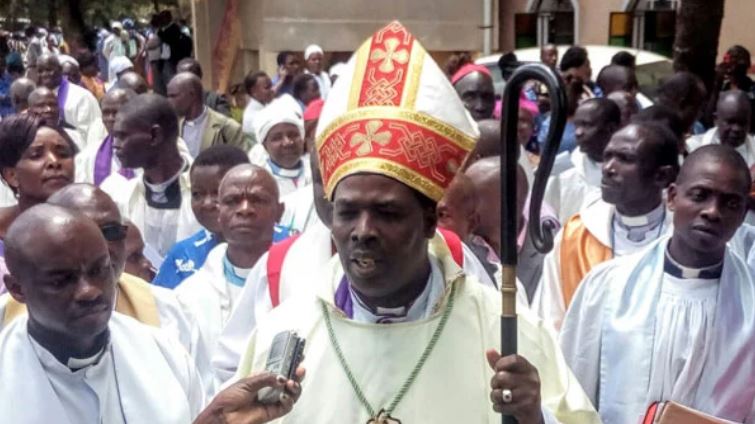 ACK Archbishop Jackson Ole Sapit has added his voice to the ongoing nationwide debate about polygamy.

The clergyman is of the opinion that polygamy is not Biblical and should not even be debated among members of the Christian faith.

“The Bible says one man shall marry one wife. The debate over whether polygamy can be allowed or not should not even exist among Christians,” said Sapit.

“The church is very clear through the teachings of the Bible especially the New Testament that one man and one woman make a family. We want to make it clear from the perspective that as a church, a family is one wife and one husband joined together to form a couple and form a family.”

Sapit, who was speaking during the launch of the ACK Cathedral in Bungoma town on Tuesday, was reacting to remarks by Kiambu woman representative Gathoni wa Muchomba.

The man of the cloth lashed at those in support of polygamy saying it will have adverse consequences on families.

Sapit noted that marriage, being the basic cornerstone of a family, should only involve two consenting adults.

“Polygamy is not a way of solving any problems in a marriage,” he said.

The clergyman also used the opportunity to condemn homosexuality saying Christians should not engage in the ungodly practice.

“As a church, we only encourage sex among people of the opposite gender. After all, the purpose of marriage is procreation,” the ACK head said.

“We don’t encourage any discussion about homosexuality or lesbianism because that is not the way the Bible teaches. We shall resist any law that comes forward with a view of legalising these evil vices,” added the Anglican head.

He also urged church members to lead in efforts of spreading the message of peace, love and unity, especially after President Uhuru Kenyatta and ODM leader Raila Odinga’s handshake.

“It was a big relief for some of us to see the opposition leader shake hands with President Kenyatta and declare before all of us that they are going to unite Kenya. We should therefore ask each one of us that let us be practical in ways that we are uniting as a country because we want to see more and more people talking about the peace of this country and even individually.”

Here is Sonko’s Sh25 Million Solution to Nairobi’s Drainage Menace < Previous
The Hottest Stories on the Internet Today (Friday April 13) Next >
Recommended stories you may like: