Nancie Mwai Opens Up About Blogging, Relationships, Biggest Fear About Her Daughter, and Life 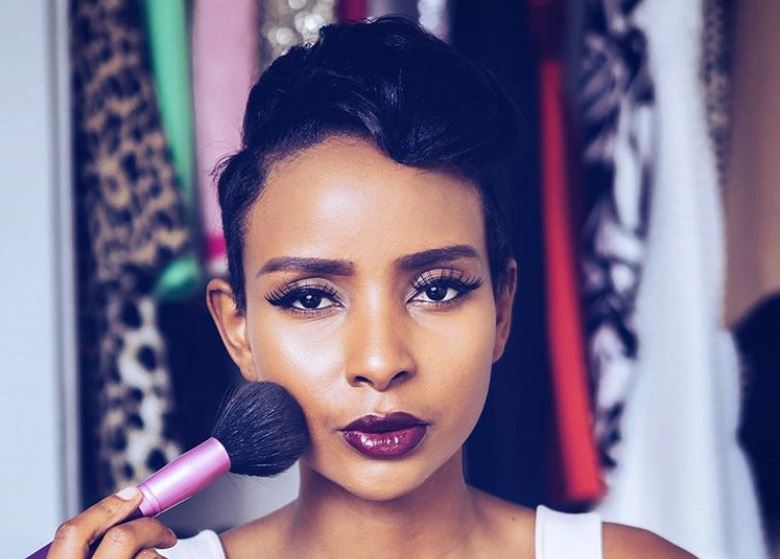 Award-winning fashion blogger and influencer Nancie Mwai thought she’d grow up to be a designer, but instead ended up trying out her hand in being a stylist, before finally finding her way to where she is now, as an influential blogger.

The USIU alumnus had major highlights last year, including being featured on US women’s beauty publication Allure and landing major brand endorsement deals.

She spoke to Yvonne Aoll about her blogging journey and other aspects of her personal life.

Your name is Nancie, with an, ‘i and e’ at the end, that’s interesting, how did that happen?

I was bored. (Laughs) My name was the usual Nancy, with a ‘y’ at the end. I thought it was too common.

So you woke up one day and changed it?

What’s the one question you hate being asked during interviews?

Okay, so what is your style?

(Laughs) I don’t know. I don’t understand that question.

I like wearing pants a lot, and denims, I don’t know if that qualifies as a style. But I’ve evolved a lot, the things I liked wearing back in the day are not the same things I wear now, especially in terms of colours. 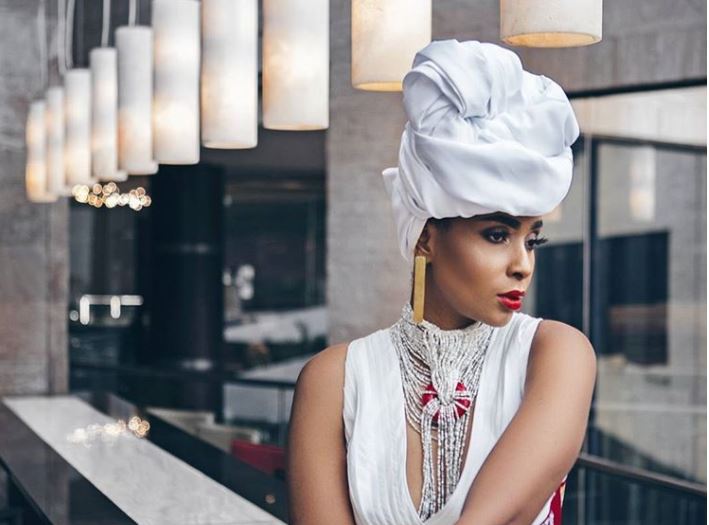 What was your dream when you started The Fashion Notebook?

I don’t know if there was a deliberate dream per se.

I used to enjoy reading international fashion blogs a lot, but I realised most of those blogs weren’t personal, they were just ideas and instructions on how to combine outfits. So I decided to start something of my own, and put a personal touch to it.

Did you have all the equipment you needed before you started?

No, none actually. In fact, my brother promised to buy me a camera, to this day I’ve never seen it. Oh gosh, brothers! (Laughs)

But what happened is I sort of also started with the whole, pair this top with those pants, kind of concept. And then in a few months, I got myself a camera and started taking the photos myself.

From there I just took it a day at a time, literally. I have to tell you, I never thought, in my wildest dreams, I’d be living off of blogging.

Not at all. I was just doing it because I enjoyed it.

Are you now making money, full-time, off of blogging?

Yes. I do this full-time. But maybe I shouldn’t say I make the money through blogging, let’s clarify and go with vlogging. That’s where the money is, at least for me. It’s all about video content.

How then, does one make money through videos? How does it work?

By promoting brands. I work with a number of brands, some for shorter periods, others, longer. That’s it. 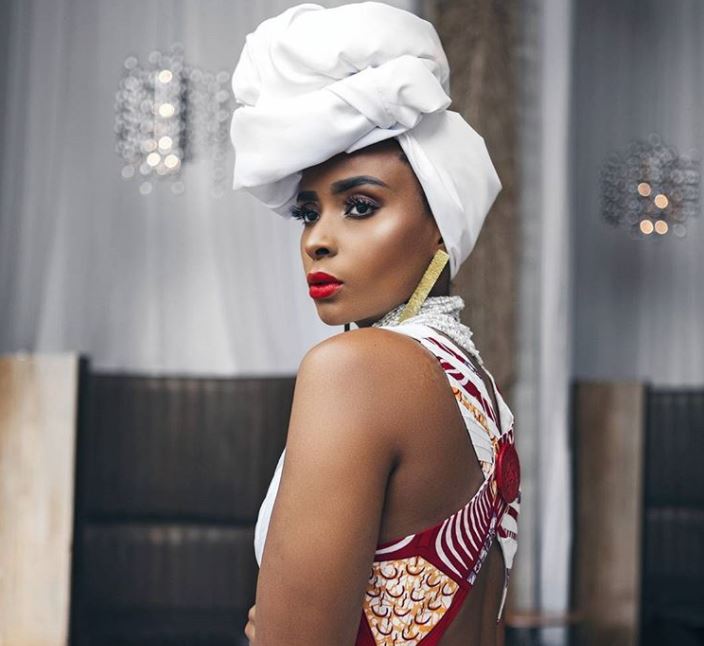 There’s a time you’d completely shut down your blog, what happened?

That happened after I’d gone to Germany and seen how creative people can get out there, and how much effort they put into their works. It’s incredible!

When I returned, I had this vision in mind, but I just couldn’t get the inspiration to see it come to be and I was so frustrated. So I just decided to shut everything down, not even take a break, just stop everything, completely shut everything down, all my social media, the blog, I even lost my dot com site.

I was trying to rid myself off the internet. That clearly didn’t work. (Laughs)

How did you get through that lack of inspiration?

I took time out, paid attention to the various kinds of content that people were working on, and I also learnt that I needed to be assertive.

When working with brands, it’s very easy to be manipulated into doing what the clients want and have them talk you into things, but I realised I needed to start doing what I want to do, not what other people want.

The next year I decided to get back into it, but this time I had a clearer picture of my vision, and I had a stronger voice and better assurance of myself and what I was about.

Then you started doing videos, was it daunting?

It was. Honestly, it can be quite intimidating, regardless of the fact that you’re in a room all by yourself filming. You start thinking, “I don’t sound great, I might not have the best English, there are people who are better than me…”

But I had to stop with that train of thought. One day I decided I’m just going to do me, if people like it, fine, if they don’t, that’s fine too.

What’s the worst business experience you’ve had, in terms of collaborations?

Taking a job I knew I wouldn’t deliver on. That’s just the worst.

Brands can be quite controlling, and because I’m a fashion blogger, a lot of fashion brands would approach me. And I’d feel this need to oblige even when none of their clothing worked for me.

Eventually, I stopped engaging in such deals. Unless the deal really speaks to me as a person, I don’t agree to it. 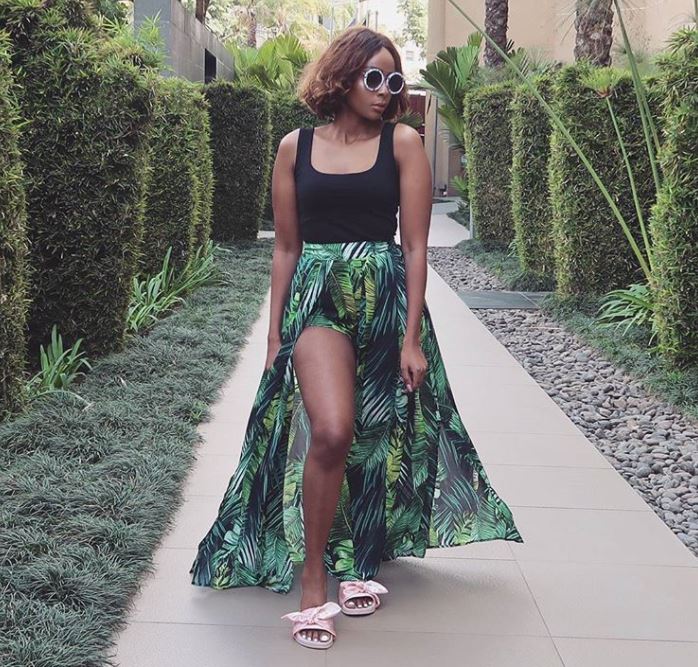 No, never. I don’t think I’d be able to do it, I think I’d die. I think that’s another reason I work super hard, it’s so that I never have to get to a point where I’m forced to settle for formal employment.

There are times where, it’s 3a.m, I’m sleep-deprived, and I’m editing and stressing about content that needs uploading. People think this digital content stuff is easy, try it. That’s what I tell them, just try it. It’s not as easy as you think.

What if someone offers you 100K, to work as an employee?

But look, it’s also because I can pitch to clients myself and potentially come up with that same amount that was being offered as a salary. I remember after university, I used to sit and pitch to 10 clients per day. It’s not easy, but I can do it, and I have.

You briefly did Accounting at Strathmore University, how was that?

Horrible. I hated it. It was one of those things where once you complete high school, you’re sort of required to do. But the beauty about Strathmore is that they’d give us mentors, who we used to talk to on I think, a weekly or a fortnightly-basis.

My mentor was so amazing, oh goodness. She was the one who helped me leave Strathmore. I was there for a year and I really hated Accounting, I used to tell her, “My dream is to do fashion, what is this? Why am I here? I hate numbers. I hate Math. Why? ”

The mentor called my mum, and thankfully my mum was understanding. My mum then advised me to do a Business course at USIU, and take up fashion afterwards, which turned out great.

Speaking of your mum, and parents, is your dad in the picture?

Do you wish you knew more of him?

No. My mum did more than okay with my brother and I. I think we turned out just fine.

You’re a mum yourself now, to one daughter, do you dream of a church wedding?

No. Not really. I’ve been with my partner now for seven years, and we are both extremely busy people, so even if we wanted to, I don’t know where we’d get the time to plan a wedding. 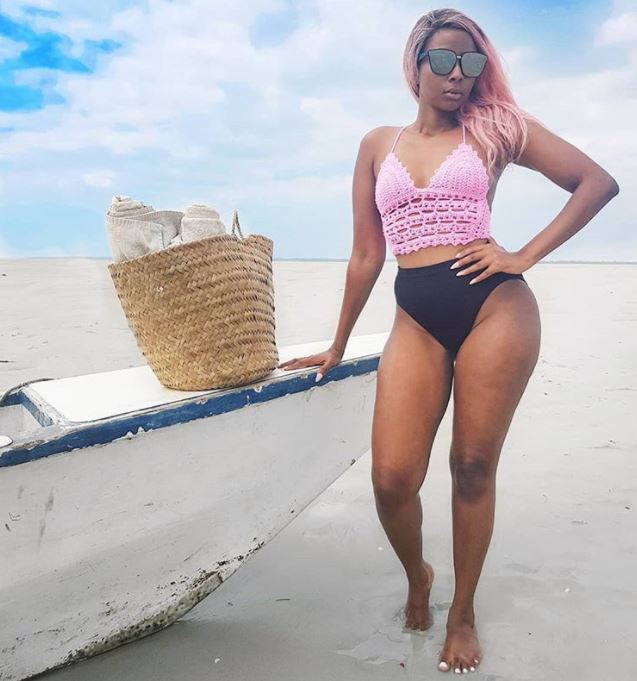 So a white wedding is not something you’re chasing?

It’s not. I’m not chasing it. Maybe I’m just not one of those people. I mean, if a wedding happens, well and good, that would be nice, but I’m okay.

How did you meet your partner?

We met on a blind date. A mutual acquaintance had organised it, and told him there was a girl she knew who liked video games, and Family Guy, and things like that. (Laughs) We were just friends at first, and only started dating two years later.

What’s been the greatest lesson men in general, have taught you, about relationships?

(Takes a long pause) I think it would be that you have to know your worth. To know when to forgive and when to know walk away.

How do you know when to walk away?

When you feel like you can’t handle it anymore.

I forgive easily, I’m one of those people who doesn’t like to argue, I don’t like confrontation, I’d rather just forgive and move on, and I truly will move on.

But sometimes, people can do you wrong, all the time, knowing that you’ll always forgive. So I think it’s when you feel in your heart you’re just not happy. When it reaches that point, walk away.

If there was something you could do differently, in your 20s, when it came to relationships, what would it be?

With the benefit of hindsight, what would you tell your 20-something year old self?

I had many moments where I was confused about who I was and what I wanted, and with time I learnt that it gets better. So even now, when I’m going through something, I always know, it’s going to get better. 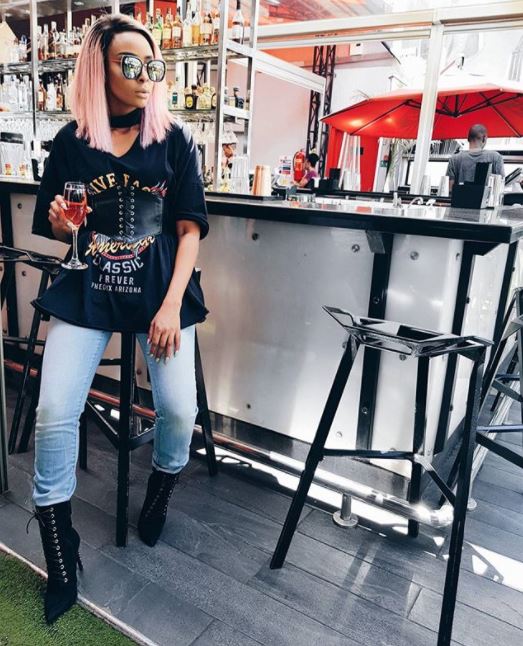 Going forward, what do you hope your 30s will be like?

I think I’ll also venture into investments that are not related to fashion or beauty. That’s what I told myself I’ll do; if I’m going to put my money in something, I don’t want it to be in fashion.

What will it be in?

My biggest fear…I think it would be my daughter not turning out the way I’d like her to.

I want her to turn out to be an amazing woman, but, as a parent, it’s such a fear because you could do everything right, you could be the best parent in the world, and your children turn out poorly. That, that’s my biggest fear.

And your biggest dream, as of now?

To travel! I wish I had disposable money Yvonne. I would travel every couple of months, just go somewhere for two weeks, that kind of thing. That’s what I want. I really want that.

Do you have a role model?

Yes, my mum. I have to say my mum. Single mother, two kids, she’s 65 now, and she beat diabetes. She’s made such incredible choices in her life, I always wonder how she knew to make the right moves.

She took loans those days when women couldn’t take loans, and knew exactly what to do with them. She has a house now, she doesn’t pay rent, she doesn’t need us, you know? Ah, I want to be like that.

Any words of wisdom to anyone who is really struggling to make things happen for themselves?

Keep at it. Really, truly, just keep at it. It’s taken me eight years to get to where I am now, to be able to say I’m content and happy with my career – eight years. Keep at it. Don’t stop.

Don’t dwell on things. When something doesn’t work out, acknowledge it, and then move on quickly. Don’t stay stuck there.

And if something works out, when you begin to realise you’re gaining some momentum, continue with what you’re doing. But again, don’t dwell on it. Don’t stay stuck on what you did yesterday. Always think of the next steps. And the next. And then the next. That’s part of what forms success.