Another bizarre incident of bees “taking over” a motorbike left residents of Kabarnet Town stunned on Wednesday afternoon.

The incident brought business to a standstill as traders who were going about their business opposite the Transnational Bank Building fled the scene.

Locals milled around the motorbike to see the intriguing spectacle with their own eyes and took pictures.

When the residents discovered that the bees were harmless, some daring men displayed their machismo by touching the insects.

Speculation was also rife that the spectacle was as a result of witchcraft.

One of the residents, John Chebon, dismissed that speculation, saying the bees were only making a temporary stopover on the motorbike before flying away.

Another resident, Bishop Daniel Chemon of the Full Gospel Churches of Kenya (FGCK ) in Kabarnet Town, said the bees “are a source of blessings, not curse”.

The motorbike operator, who waited for at least an hour for the bees to fly away, got impatient and hopped on his tool of trade and went about his delivery business as usual.

This is not the first time such an incident has caused a stir in the country. In 2016, a similar incident occurred at Kikima Market in Mbooni Sub-County, Makueni County. 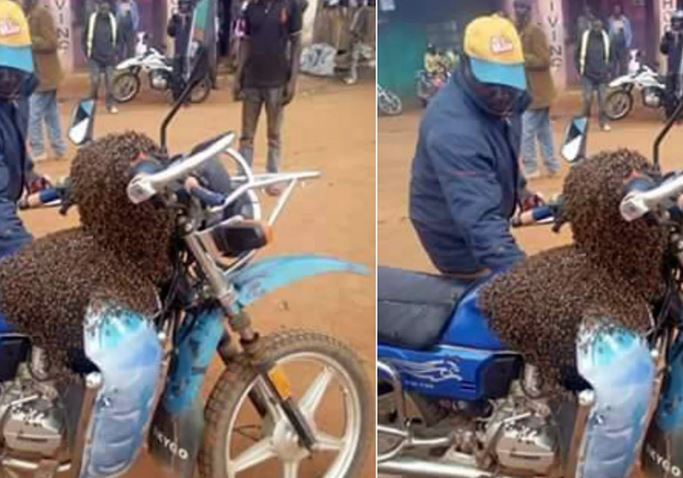 It was also linked to witchcraft.

However, logic dictates that the incidents are a consequence of nature. We are not experts on this, but we believe the swarm of bees cling to the bikes after their Queen Bee gets stuck in some part of the bike. We are, of course, open to expert views on this.

Here are the photos, courtesy of Evans Kimaiyo. 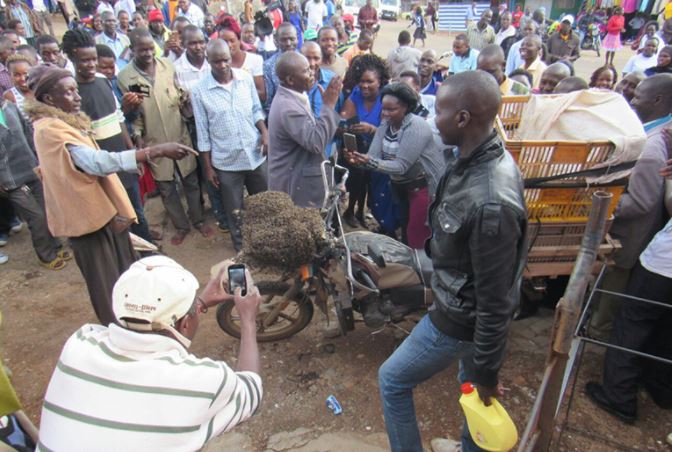 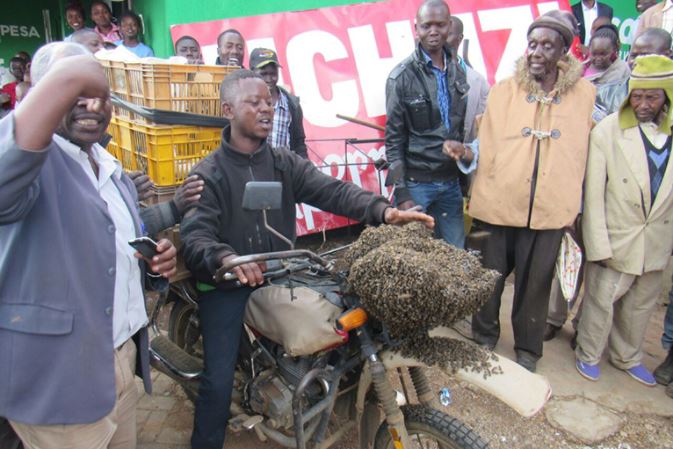 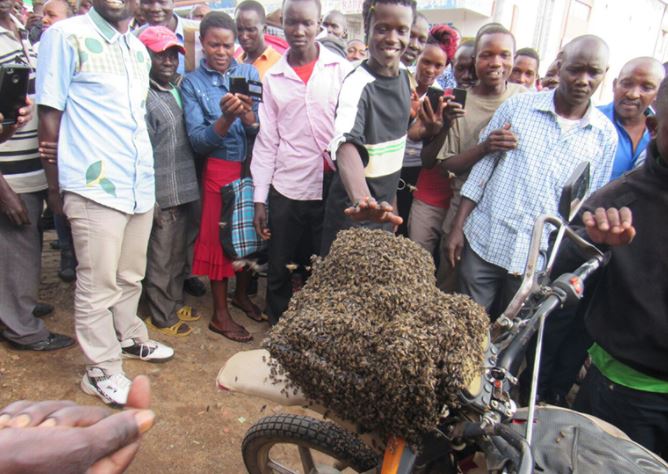 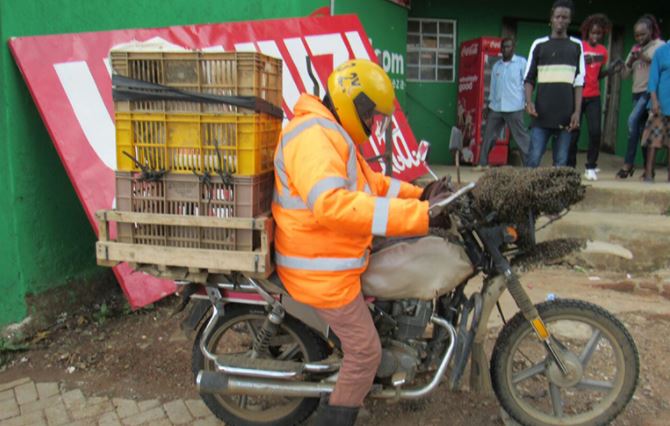 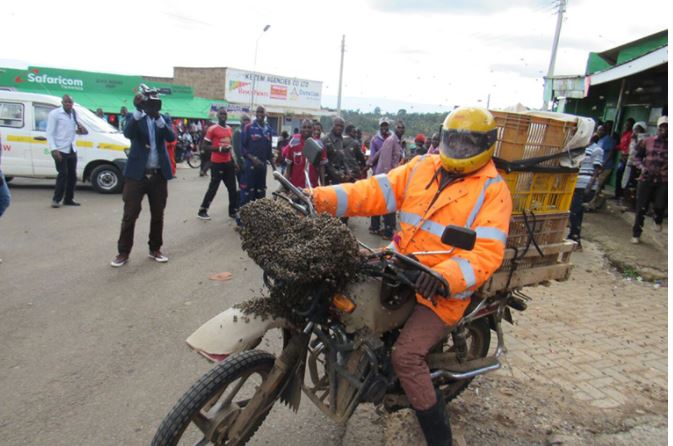 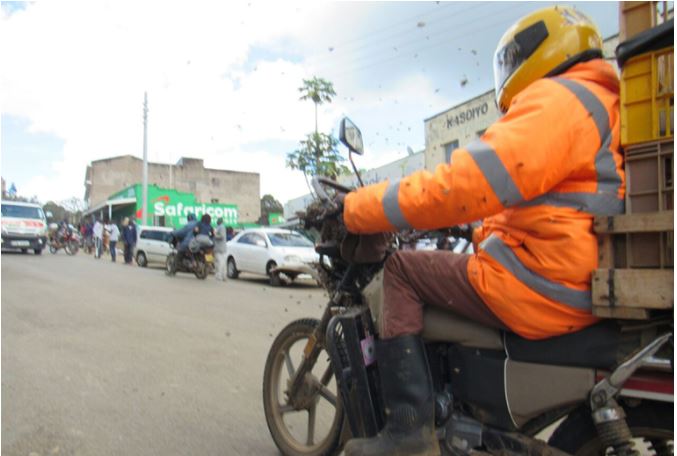 Nigerian Who Beds Nairobi Women For Survival Deported < Previous
Hilarious Meme Compilation (Thursday April 12) Next >
Recommended stories you may like: