Researcher Wants Marijuana Legalised But For Reasons Other Than Getting High 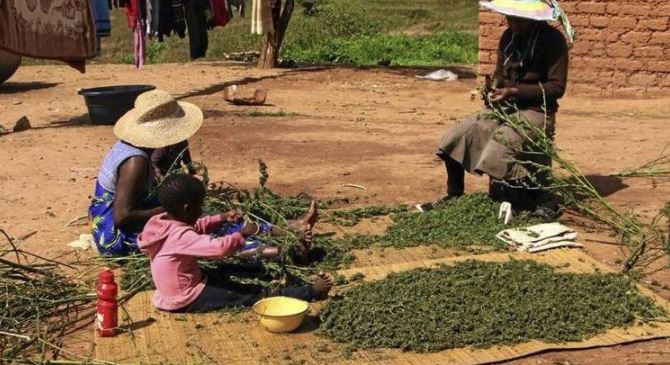 Another researcher has appeared before lawmakers seeking to decriminalize Marijuana.

Professor Simon Mwaura, who established that maize cob has the ability to treat erectile dysfunction 2014, appeared before the National Assembly Health Committee on Wednesday to argue his case.

While Gwada Ogot, whose petition appeared before the Senate last year, wanted the plant to be explored as an income generating crop, Simon Mwaura wants the plant to be used as a raw material to create food supplements.

He told the committee chaired by Matungulu Member of Parliament Stephen Mule that the supplements are key in boosting the body’s immunity.

“You can blend it with coffee, tea, beet, spirits; it has very good compatibility,” said Mwaura.

Mwaura, who works with Hyaquip Kenya (a science and innovation company), said he carried out research on bhang, alongside miraa and came up with a way to separate the plants’ psychotropic components and leave it safe for consumption.

The psychotropic components, which include caffeine and methanol are what give users the feeling of being high.

Mwaura argued that once the “high” components are separated, the plant becomes safe and contains nutrients like carbohydrates and magnesium that are key in boosting the body’s immunity.

He said he came up with the formula to remove the “high” from Marijuana in 1996 and that it was confirmed by the government chemist.

Mwaura had written to the Ministry of Health and that of Agriculture seeking a permit for this business without success.

“Please note that marijuana plant and its products are prohibited by Kenyan law under the Narcotic Drugs and Psychotropics Substances (Control) Act, 1994,” read a response from Registrar Pharmacy and Poisons Board Dr Kipkerich Koskei dated APril 15, 2014.

The researcher said the two plants, Marijuana and Miraa, can be used as herbal remedies.

Mwaura said if parliament agrees to the petition, Kenyan may become the only country in the world to export bhang as a herbal supplement.

“These two main plants offer both herbal and medicinal extracts that can be used by a six-month-old baby to a 90-year-old,” argued Mwaura.

He added: “It can also be used if an individual is in pain or has just had a surgery.”

To that we say well and good but most Marijuana enthusiasts in Kenya will probably say we don’t want it if we can’t get high!