From a Housegirl to MCA: The Inspiring Story of Mercy Nungari 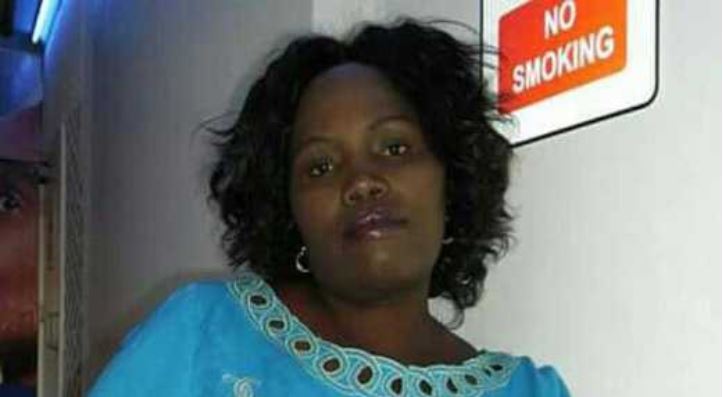 Mercy Nungari, 45, is the nominated MCA for Limuru East ward. Hailing from a humble background, Nungari has been through it all; poverty, being a mother at the age of 16, and an abusive marriage.

All these forced her to seek work as a housegirl before she got into politics by chance.

She talks about how life has changed:

You grew up in tea plantation. Was it any fun?

My childhood life was full of difficulties. I was born in Limuru and my parents used to pick tea in the plantations to eke a living.

We were given a house there, though we would often relocate to different plantations. The houses were in bad shape and when it rained, the roofs leaked a lot.

I assume that despite all this you went to school, right?

Yes. Being the only girl in a family of six, I was tasked with cooking for my five brothers after school.  My parents used to work for long hours. I was enrolled at Rwaka Primary School.

Sometimes, we would go to school without having breakfast because my parents didn’t have money. I remember we sneaked out with the Maziwa ya Nyayo from school so that we could have something to eat for breakfast. We were dirt poor, I didn’t even have shoes for school.

What about secondary school?

I was admitted at Tigoni Secondary School. I was always out of school due to lack fees. I was forced to wash people’s clothes in the village after school to supplement my parents’ income.

How did you juggle schooling and ‘vibarua’?

I used to wash people’s clothes from 5 pm to 7 pm, and then struggle to finish my homework later at night. Of course, it got to a point where I was so tired and my school work was really affected. After finishing secondary school, I was employed as a housegirl.

I had to be aggressive and support my family. I saved money and joined Smart Media College, from where I graduated with a diploma in mass communication. I would skip exams because I had not paid school fees. But I kept my spirits high.

Being a housemaid at a tender age must have been tough. How much did you earn?

Poverty drove me to work as a maid. We were six kids and my parents’ salary was hardly enough. I was paid Sh1,500 per month for the job.

What was your most memorable moment?

In 2015, I started visiting prisoners at Kamiti Prison as a preacher to give them a word of hope. I noticed that there were inmates who had been abandoned by their families. I used the little money I had to buy them essential items like soap.

I was touched when I saw how the sick, disabled and the aging were struggling in prison.  The prison officials noticed how passionate I was and they asked me to offer mentorship programmes to the inmates, which opened many doors. Working with the inmates moved me to tears.

Was it that emotional?

Yes it was. I witnessed family members reconciling with the inmates, accepting and forgiving them. That really touched me.

How did you end up in politics?

I became an MCA by chance. Deep down, I wanted to be the voice of the poor and the prisoners. I think my work at the Prisons is what opened doors. I was recognised and people urged me to vie for the seat. I was lucky to be nominated.

Now that you’re an MCA, do you still visit the prisoners?

Yes. I go there three times a week. I have not stopped my mentorship programmes. I have partnered with other stakeholders to improve the prisoners’ lives by donating food and other basic items.

You are a domestic violence survivor…

I became a mother at the tender age of 16. After finishing Form Four, a man took advantage of me and made me his wife. I was taking care of his six kids, who had been left by his first wife after she died. The man used to beat me mercilessly and bring women to our matrimonial home. I even tried to commit suicide, but I am lucky I survived.

What lessons have you learnt from your experience?

Never get tired of doing good.  Always strive to change someone’s life. You don’t require a lot of wealth to touch someone’s life; all you need is love.

Kush Tracey Speaks Up on Dating Otile Brown < Previous
Willis Raburu: I Hosted Comedy Show in Campus For Sh30 a Ticket Next >
Recommended stories you may like: