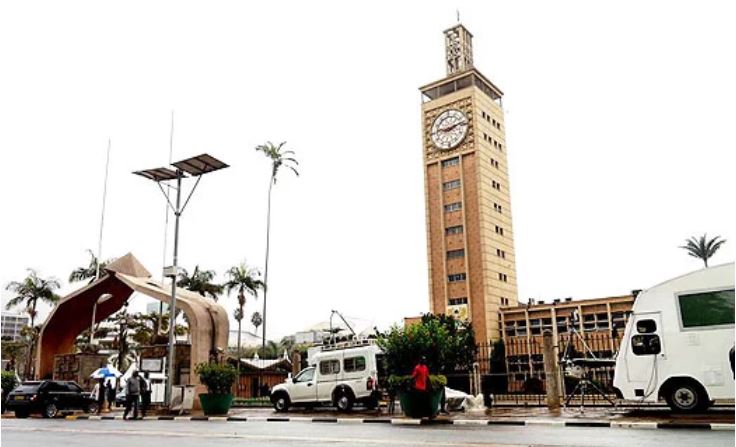 A Parliamentary security officer was Monday charged with sexually assaulting a University of Nairobi student.

According to the charge sheet seen by Nairobi Wire on Monday, the suspect, identified as Vitalis Musyoki Ndambuki, sodomised the third-year student on February 10, 2018, at 4 am at the National Assembly premises.

The suspect, who is attached to the Senate’s security department, allegedly arrested the student, took him to an office in Parliament buildings and sodomized him repeatedly.

The charge sheet reads: “Mr Vitalis Musyoki Ndambuki on the 10th day of February 2018 at about 0400hrs in Nairobi City within Nairobi County unlawfully used his penis to penetrate the anus of Mr…”

Another charge dated February 26 reads: “Mr… on the 10th day of February, 2018 at about 0400hrs in Nairobi City within Nairobi County, intentionally touched the buttocks and anus of Mr(name withheld due to the sensitivity of the case) with his penis against his will.”

While recounting the ordeal, the student said the suspect had identified himself as a police officer attached to the Directorate of Criminal Investigations at Parliament.
“This man met me in town. He called me and when I approached, he identified himself as a police officer. He told me that I am under arrest for roaming in town with an intention to commit a crime. I told him that I am a student but he would not listen to me,” the victim told the police at parliament.
The suspect was also charged with impersonating a public officer. The charge reads: “Mr Vitalis Ndambuki on the 10th day of February 2018 at about 0400hrs in Nairobi City within Nairobi County, falsely presented himself to be a person employed in the public service as a police officer and assumed to arrest  Mr…”

Appearing before the Milimani Law Courts on Monday, the suspect did not take a plea saying they had solved the issue outside the courts.

He withdrew the case through his lawyers after the complainant confirmed that they had settled the issue.

According to unconfirmed reports, the complainant agreed to settle after he allegedly received a Ksh5, 000 bribe from the defendant.

Hilarious Meme Compilation (Tuesday February 27) < Previous
All The Trending Images in Nairobi This Tuesday Next >
Recommended stories you may like: