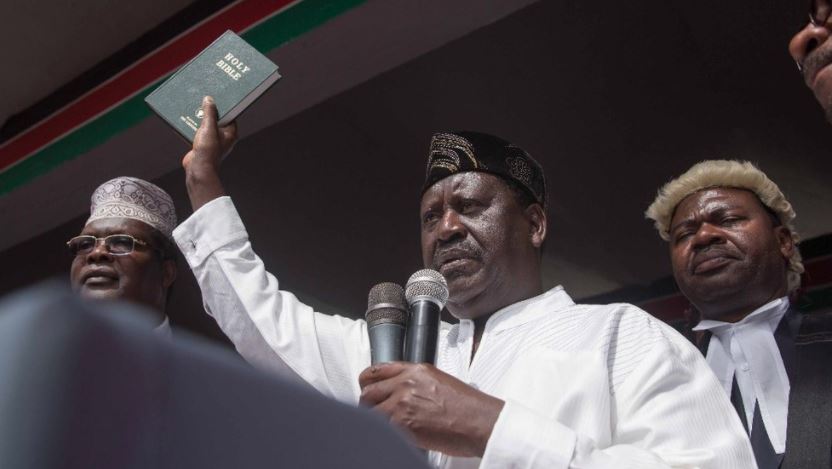 The oath that NASA leader Raila Odinga took as the ‘People’s President’ has triggered a litany of legal and political questions, with Kenyans waiting on the way forward from the Opposition.

While Odinga’s oath was fundamentally different from the procedure prescribed in the Constitution, NASA has outlined its next steps that include the formation of a cabinet.

The Alliance has said it will unveil its ‘Cabinet’ within the next seven days.

Speaking on Wednesday, NASA CEO Norman Magaya said opposition leaders are engaging in consultations on the formation of the ‘Cabinet’ and some of the individuals who should be selected to fill the positions.

“In less than 30 days time we will hold a national convention where the groundwork will be laid on how the NASA government will be run. Talks on the formation of the Cabinet are set to begin from today,” said Magaya.

While speaking to Radio Citizen, Magaya further stated Nasa would inform the public where the offices of Raila Odinga will be located.

“In due time, we will also inform the public where the offices of our president will be as well as how Kenyans will be able to receive services,” Magaya added.

Meanwhile, the government has commenced a probe on the ‘swearing-in’ ceremony.