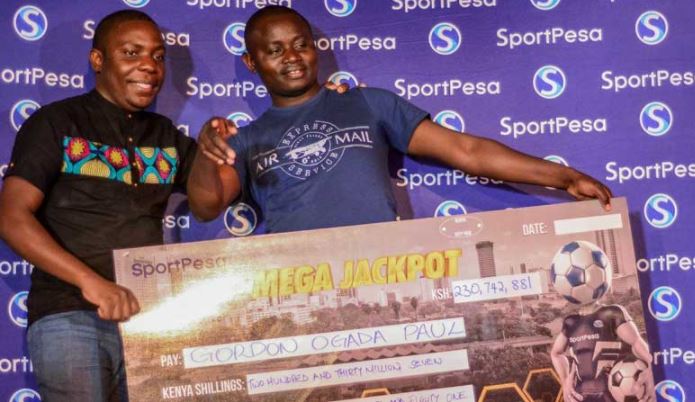 A little over two weeks ago Gordon Paul Ogada was the envy of gamblers in the country following his Sh230,742,881 Sportpesa windfall.

The father of two broke the record for the biggest amount won in Kenyan history, eclipsing Samuel Abisai’s win of Sh220 Million.

In fact, Ogada still placed other bets after his dream win and managed to win another Sh200,000. Clearly, the man must have some tips or secrets and he was kind enough to share how he does it.

Here are the five pointers you should consider.

According to Ogada, a laptop can make all the difference compared to betting on a phone.

“With a laptop, you can vividly see all the odds on the wider screen and make easy executions using the bigger buttons unlike phones which have smaller screens. I’m a living evidence of the trick having won the Mega Jackpot from my old laptop,” he said.

While it is possible to place bets via USSD messages, Ogada reckons it’s not the best option since you’re confined to particular odds in most cases.

He says, “In this era, we all need internet connection. It’s even the best thing to have for betting. That’s what I use and it has offered me uninterrupted betting opportunity. I bet anytime I want.”

The multimillionaire notes that he does not rely on other sources for match analysis as he does his own thorough research. He creates time to watch a number of matches, reads clubs’ histories and makes individual predictions.

“Self-confidence is very important in betting. After analysing my games, I feel satisfied and hopeful of winning. I don’t get swayed by tension. That way, I can place more bets,” the Jackpot winner revealed, adding, “Even after I was announced the Jackpot winner, I still placed bets and won Sh200, 000.”

Despite the negative connotations associated with betting, Ogada says one must place bets frequently to increase their chances of winning. As such, betting should be a hobby and not a way of make a living.

“Don’t waste any minute out of work with nothing meaningful. Let that time be meant for betting, but of course responsibly, such that you don’t get drained in it. Make betting a hobby and do it responsibly,” he says.