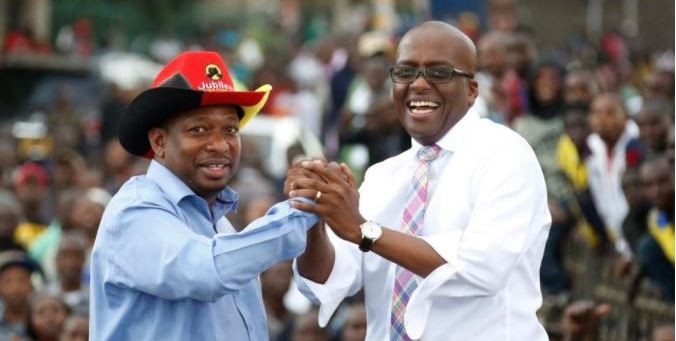 Nairobi County Governor Mike Mbuvi Sonko can finally heave a sigh of relief after the petition challenging his election collapsed.

This is after the High Court Judge Msagha Mbogholi dismissed the case on Tuesday following an application by the petitioners to withdraw.

The petitioners; Japheth Muroko and Zachaeus Okoth Oliech, made an application on Tuesday for leave to withdraw the election petition citing security reasons.

The shock move came just a day after Japheth Muroko alleged that he had received death threats.

Through his lawyer Anthony Oluoch, Muroko claimed he and his family received the threats on Saturday.

“On 7th January, I received a phone call from a number unknown to me, and the caller threatened to murder my wife, family, advocates and myself should I appear in court with my witnesses and advocates to adduce evidence in support of the petition,” said Muroko in an affidavit.

“The person using the aforestated number threatened me and urged me to withdraw the Instant petition or else he would murder me together with my family and advocates.”

The petitioners indicated that they are no longer interested in prosecuting the petition citing “security reasons, free will, and own volition.”

In his ruling, Justice Mbogholi ordered the petitioners to pay Ksh5 million; Ksh2.5 million to Sonko and a similar amount to IEBC.

The court said the case was struck out for want of prosecution.

After the ruling, hundreds of Sonko’s supporters took to the streets to celebrate, chanting “Ni maombi si uchawi” and “tunarusha kura, sio mawe.”

On Facebook, Sonko vowed to get down to work writing: “If you’ll keep thanking God in advance, then get ready. God is going to show out in your life. He’s going to take you where you could not go on your own, open doors that no man can shut, connect you to the right people. He’s going to restore what you thought was over and done. It’s going to happen suddenly, unexpectedly.#SasaTwendeKazi.”

Hilarious Meme Compilation (Wednesday January 10) < Previous
All The Images Trending on Twitter This Wednesday Next >
Recommended stories you may like: