“The President of Kenya is Uhuru Kenyatta,” NASA MP Claims 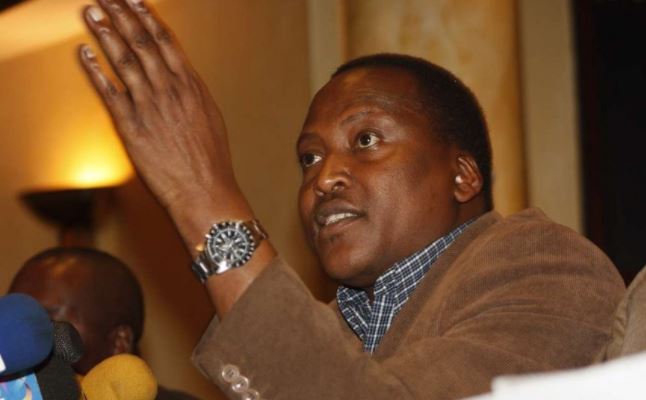 Kitutu Chache South Member of Parliament Richard Onyonka has sensationally expressed his reservations about the planned ‘swearing in’ of Opposition leader Raila Odinga as the people’s president.

Onyonka, who is allied with the Opposition, said he recognises Jubilee leader Uhuru Kenyatta as the duly elected country’s leader.

Addressing the media Tuesday morning, Onyonka who was elected under the Ford-Kenya party – a National Super Alliance (NASA) affiliate party – said that although he is among those questioning President Kenyatta’s re-election, the country already has an elected Head of State.

“The President of Kenya is Uhuru Kenyatta. Uhuru Kenyatta was legally sworn in as president and handed the instruments of power. He is the one in charge of the police, military, public funds and the entire country,” said the MP.

The legislator who re-joined the opposition after briefly decamping to Jubilee before last year’s General Election added: “As an MP from Ford-Kenya, which is in NASA, I have a problem with how the last election was conducted but I cannot say that I don’t recognise Uhuru as the president since he was sworn in.”

Onyonka, who is also Ford-Kenya deputy party leader, noted that his recognition of Uhuru as President was personal.

“While NASA says they would like to swear in Raila Odinga to be the people’s president, I have no problem with that but personally I know the country’s president is Uhuru Kenyatta,” said Onyonka.

He was speaking during a press address convened by Kisii leaders to thank President Uhuru Kenyatta for re-appointing Dr. Fred Matiang’i to the Cabinet.

Gideon Moi: “Why I Would Gladly Decline Uhuru’s Cabinet Job Offer” < Previous
Hilarious Meme Compilation (Wednesday January 10) Next >
Recommended stories you may like: