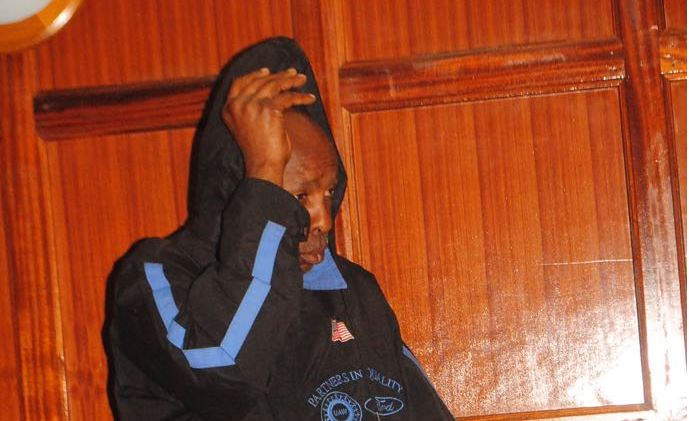 A case in which a father of seven has been charged with stealing a measly Sh105 has elicited sympathetic reactions from Kenyan internet users.

The suspect further requested the court to accord him a lenient sentence because he is a father of seven children who depend on him.

According to the prosecution team, the man stole a purse belonging to a nurse, Oyunge Cement Harriet, containing Sh105 and the total value of other valuables coming to Sh1,105.

Mwangangi faced another count of handling stolen goods contrary to the law on similar dates and place. He was accused of dishonestly retaining a purse while having reason to believe it was stolen goods.

The court heard that the nurse was on duty at the hospital when she left her handbag in the doctors’ room 3 only to find the bag missing.

When he saw the doctor, Mwangangi is said to have left the room after which the nurse realized that her handbag was missing. Security guards responded leading to the arrest of Mwangangi.

Magistrate Martha Mutuku referred the matter to a probation officer who is to consider whether to grant Mwangangi an out of court sentence.

The matter will be mentioned on 12th January.

The case has caught the attention of Twitter users who used the platform to share their sentiments. Majority noted the irony in prosecuting the accused while alleged big-money looters like former Devolution CS Waiguru continue to prosper.

We have sampled some Tweets below.

You steal millions, you can pay your way out. The father of 7 only stole 105 that’s why he couldn’t buy his way out.
That’s Kenyan

Father of 7 charged with stealing Ksh105 when looters of 791M+,5B et al are walking freely with govt security.
May GOD deliver us

Father of 7 charged for stealing ksh 105, sheria tulizonazo zinamkandamiza maskini saaana, let’s do away with them. Some people stole billions and they are f**ng free

“Father of 7” charging this man will cost so much. Just give him that money instead. He needs it!

“Father of 7” there is always no justice for the poor

This Father of 7 story reminds me of my lecturer at Egerton, Dr. Apollos who once told us that if you must steal, steal something heavy. Yes, something heavier than Rick Ross not 105!

From the story of father of 7 getting prosecuted for stealing sh 105,its safer and wiser to steal billions in Kenya and still catwalk around

A father of 7, steals Ksh 105, he is taken to court to be prosecuted. Anne Waiguru, Ksh 20 billion disappeared under her watch, she is now a Governor. Kenya is a sad affair.

Father of 7 charged in a court of law for stealing 105 shillings while the corrupt like Anne Waiguru, Mutahi Ngunyi and Murkomen are free after stealing Billions in the NYS corruption scandal.

A Father of 7 charged for stealing Ksh 105, When will Kenya be Fair?
Waiguru Stole Billions and she is still catwalking out here like Kenya belongs to Kirinyaga!

Are thr categories of theft??? Isn’t stealing 1Billion the same as Stealing a Rwabe??Fact– Father of 7 Stole,However, What he stole was not enough to play some gymnastics with the Law!! Bitch>>> The law is a BITCH, That’s what they say! MBICH..

Father of 7 charged for stealing ksh 105. This could as well mean that if you intend to commit a crime, do a massive one until your people applaud you as a hero.

So the society decided to charge a father of 7 for stealing Ksh 105/-, yet there are people who have stolen billions of money.

Hilarious Meme Compilation (Tuesday January 9) < Previous
All The Trending Images This Tuesday Next >
Recommended stories you may like: