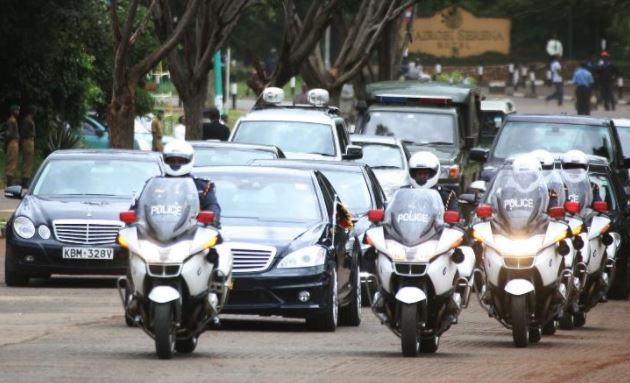 A police vehicle in President Uhuru Kenyatta’s motorcade was on Monday involved in an accident in Nyamira.

Six people have been reported as seriously injured in the accident involving a 14-seater matatu belonging to the Nyamira Matatu Sacco.

The police vehicle was clearing traffic for the President when it ran into the public service vehicle that was making a U-turn at a sharp corner near Mt Kenya University, Kisii branch.

The President and other leaders were coming from addressing a rally at Gusii Stadium. The police van was leading the President’s motorcade to Suneka airstrip.

The incident forced President Uhuru Kenyatta and DP William Ruto to stop as their security officers rescued the injured.

Among those reported injured are Kisii central Deputy Base Commander and other traffic officers. 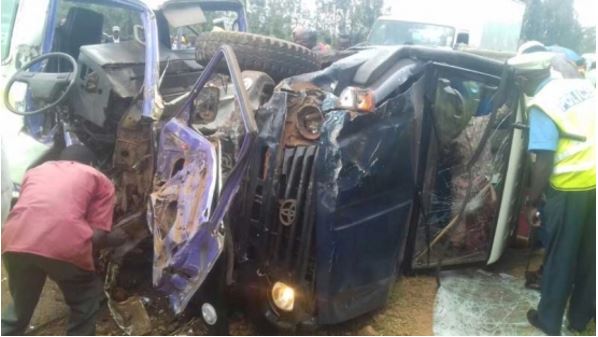 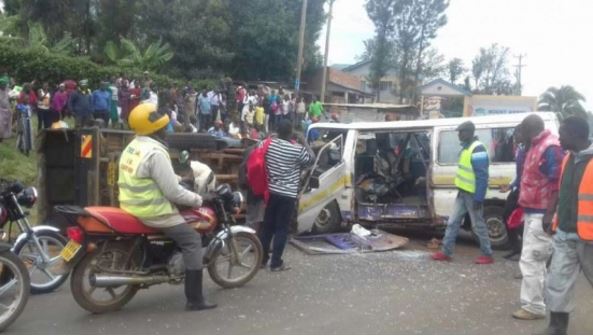 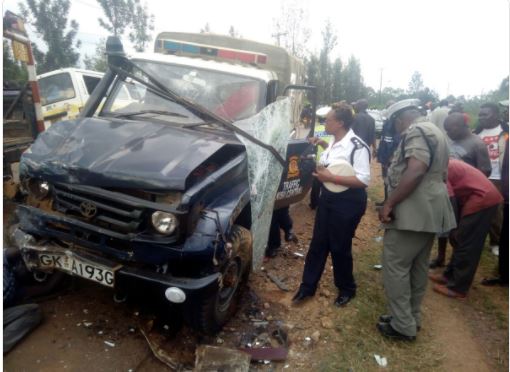 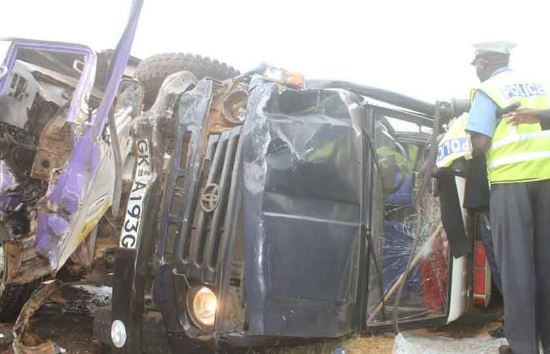 Police Beef Up Security for IEBC Chairman Wafula Chebukati < Previous
All The Trending Pics This Tuesday Next >
Recommended stories you may like: