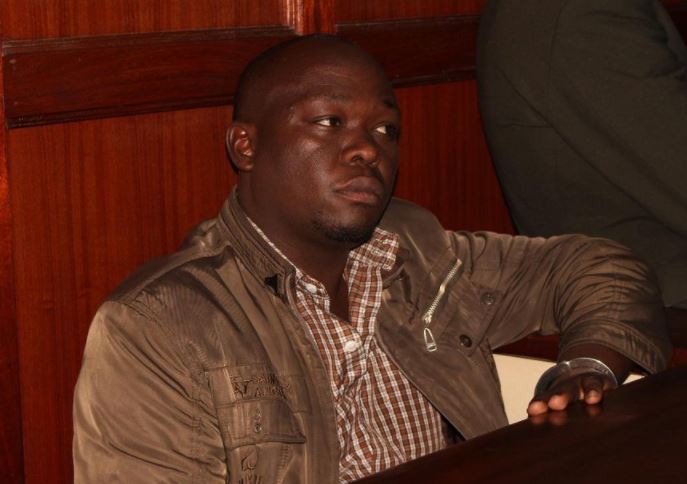 A Nairobi cab driver was on Wednesday charged in a Nairobi court with robbing and raping a female passenger at gunpoint.

The court heard that Anthony Kanyari Muga committed the act near Ngara primary school jointly with a Mr Mwangi on July 31, 2017.

According to the prosecution, the two raped the woman in the same vehicle of registration number KCK 681K.

The court heard that the complainant had arrived in Nairobi from Mombasa at around 1 am and hired the taxi within the city centre.

After the driver arrived, he called another man(Mr Mwangi) to accompany him to the complainant’s residence near Pangani.

Instead, Muga drove to a dark alley near Ngara primary school where the crime is alleged to have been committed.

The prosecution asked the court to detain the accused person at Central Police Station until they get results of a medical test conducted on the driver following his arrest on Tuesday.

The Magistrate ordered he be detained for two days as requested by the prosecution before he processes Sh2 million bond granted by the court.

The case will be heard on October 3.

US-based Kenyan Businesswoman Sentenced to Death for Killing Husband < Previous
Open Letter to Chris Msando’s Killers Next >
Recommended stories you may like: