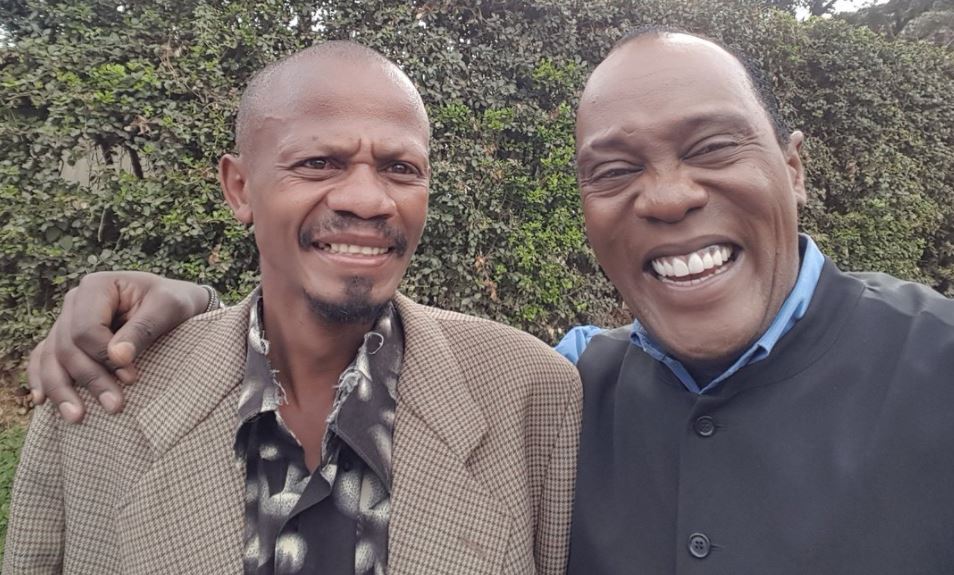 If there’s one undisputed winner this election, it is one Martin Kamotho.

Kamotho’s fame came completely out of nowhere. A picture of him eating githeri on the voting line went viral. It was photoshopped in all manner of situations further creating a viral hashtag #Githeriman.

His fame then spread to the mainstream, doing many interviews on Royal Media TV and radio stations. All this time, he wore the same coat and carried githeri to go along.

Well, his fame was not in vain. 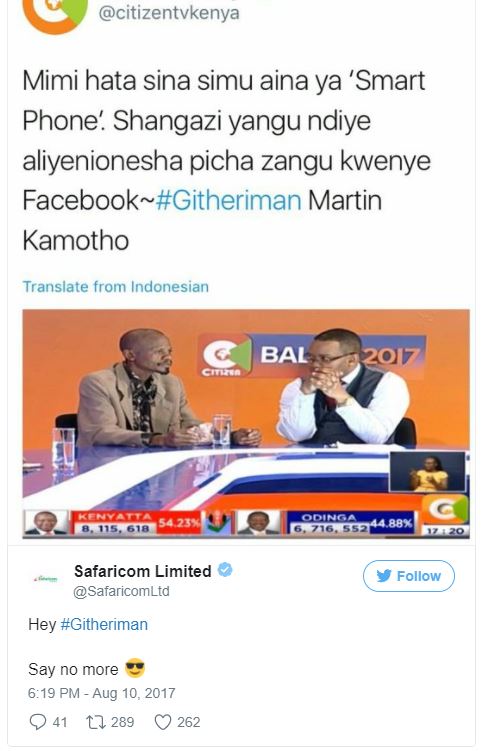 Safaricom came out yesterday and gifted him 2 Samsung S8+, one for him and another for his wife. His daughter was given a Tecno Camon. All these phones add up to over Sh200,000. This gift came after Kamotho revealed he had no smartphone and only saw the memes on a friend’s phone.

The 41 year old works for the county government of Nairobi as a cleaner.

Here’s the video of him receiving the phones from radio presenter ‘Mogaka’.

Now he can catch up on his stardom pic.twitter.com/t5cWfTGaA0

All The Trending Images This Friday < Previous
Bishop Gilbert Deya Protests Against Poor Conditions in Prison, Demands VIP Treatment Next >
Recommended stories you may like: