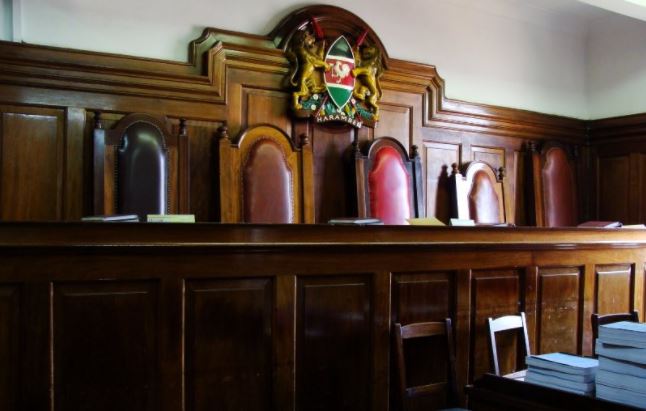 A waitress who is facing murder charges stunned the Nakuru High Court after admitting that she slept with the body of the deceased.

Ms Mary Mung’au told the court that she slept with the corpse the whole night without knowing her partner had died.

In her testimony on Tuesday, Ms Munga’u told Justice Maureen Odero that they were both drunk.

She said that her boyfriend, whom she identified as Paul, had invited her at a local bar for a drink.

Ms Mung’au joined the deceased at around 9 pm and found him already drunk.

She further told the court that as they were drinking, the deceased complained of feeling pain.

“I told him to book a room because we could not reach home in the state we were in and he did that,” Ms Mung’au told the court.

She said before they slept, Paul had requested her to wake him up early in the morning.

“I called him several times but he did not wake up. I tried shaking him but in vain,” the accused said.

Ms Mung’au then called the security guards at the guest lodge who confirmed that he had died.

She was arrested at her workplace the next day as the prime suspect in the death.

In her testimony, Ms Mung’au claims that the prosecution is relying on suspicion as no evidence had pointed to her involvement in the death.

The prosecution agreed having relied on circumstantial evidence to a larger extent, adding that it based its case on the fact that the accused was the last person seen with the deceased.

The case will be ruled on October 13.

VIDEO: Nkaissery Port-Mortem Results Rule Out Foul Play < Previous
H_art the Band Exposes Impersonator Who has Been Extorting Club Owners -VIDEO Next >
Recommended stories you may like: