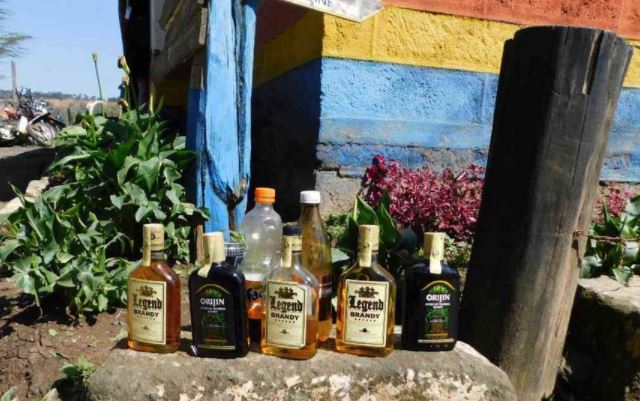 The Teachers’ Service Commission (TSC) has launched investigations into last Friday’s incident where 33 students, two teachers, and a driver were found drinking at a bar.

TSC head of communication Mr Kihumba Kamotho said the commission is trying to establish whether the teachers are registered by the commission before disciplinary action is taken.

They were arrested at around 9 pm in a bar in Ol Kalou town. The 11 girls and 22 boys were released to the school on Saturday morning.

The teachers, aged 24 and 27, will be charged in court today while the driver, 30, faces charges of being drunk and disorderly and carrying excess passengers.

Police led by area Officer Commanding Police Division (OCPD) Wilson Kosgei established that they were on a school tour visiting Nakuru and Nyahururu towns before they decided to engage in drinking.

“Police were notified by the member of the public after the bus stopped at Ol Kalou. The students were screaming prompting the residents to notify Ol Kalou OCS Mark Masinde,” said Kosgei.

TSC’s Mr Kamotho said yesterday that due process will be followed and appropriate action taken in dealing with the matter, in accordance with the Code of regulations for teachers.

He further noted that the TSC is committed to welfare and protection of all learners in line with the constitution, the TSC Act and the Code of Regulations for Teachers and policy.