Did You Know Ezekiel Mutua Worked for Uhuru in his First Presidential Bid? (PHOTO)

Did you know that Uhuru Kenyatta has a history with Ezekiel Mutua?

Their paths crossed back in 2002 when Uhuru, nominated by former President Moi as KANU’s preferred presidential candidate, launched his first bid for the top seat.

Uhuru Kenyatta was Mutua’s client when the ‘morality cop’ served as a communications consultant during his presidential bid.

Mutua’s consultancy may not have helped much as Uhuru went on to finish second to Mwai Kibaki with 31% of the votes. Uhuru took up an active leadership role as leader of the opposition and Mutua continued with public service as a communications professional.

Now, one and a half decades later, Uhuru is on the campaign trail seeking re-election and Mutua is the Kenya Film Classification Board CEO.

Mutua, whose no-nonsense reputation in regulating what we watch has earned him the tag ‘morality policeman’, stunned his social media followers when he shared an old picture with Uhuru.

He captioned it: “The year 2002: With my client Uhuru Kenyatta when I served as his communications consultant during his first presidential bid. We were both young and ambitious. One is now a President and the other a moral cop.
SUCH IS LIFE!” 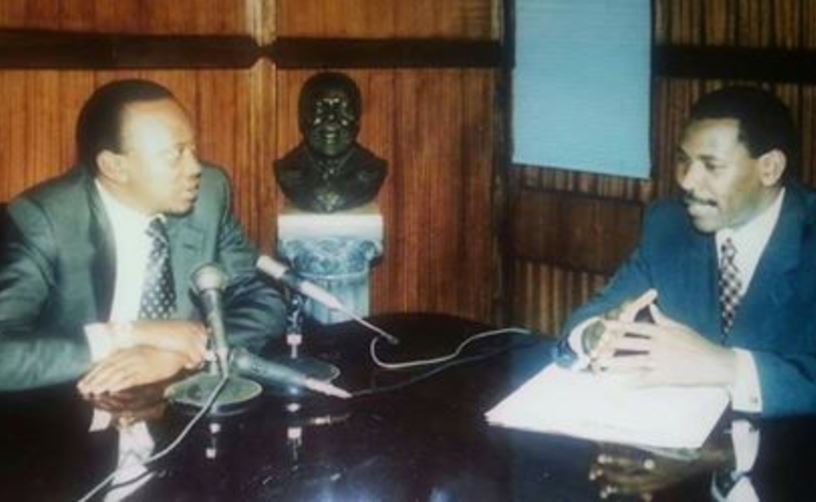 Here’s how Kenyans reacted to the information:

Ugandan Form One Dropout who used Forged Documents for Top Jobs Charged in Court < Previous
Hilarious Meme Compilation (Tuesday July 4) Next >
Recommended stories you may like: