Brother’s Keeper! Guy Hilariously Texts Neighbour to Inform him that his Girl is Cheating with a Sponsor

A text conversation between two guys has gone viral on social media revealing a romp between one of the guy’s girlfriend and a ‘sponsor.’

According to the screenshots circulating on various social media platforms, a guy identified as Nick texted his ‘brathe’ to inform him about the heartbreaking news.

Nick was texting live as the romp happened and used hilarious analogies to describe the act.

The conversation also reveals that the cheating girlfriend, identified as Aisha, had introduced the sponsor to the guys as her uncle.

Nick, being his brother’s keeper, literally and figuratively, does one better by locking the door from outside. He also texts to say that he has told a watchman to ensure that the sponsor’s vehicle is not allowed to leave.

The drama does not end there. More screenshots show a follow-up Whatsapp conversation between Aisha and her boyfriend.

The boyfriend texts Aisha informing her that he is not feeling well and has to go home. This forces Aisha into trying to convince his boyfriend not to go home.

The convincing ends with Aisha sending him money(thought to be from the sponsor) to buy some shoes. 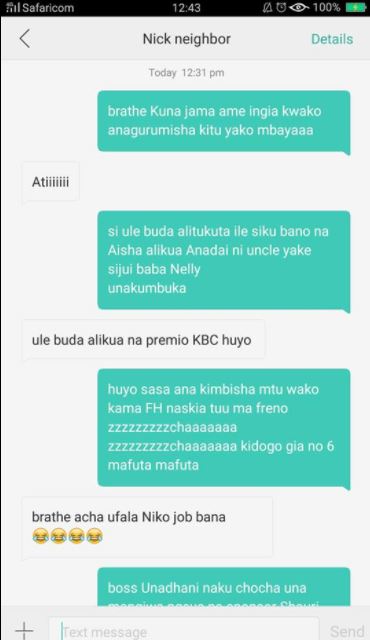 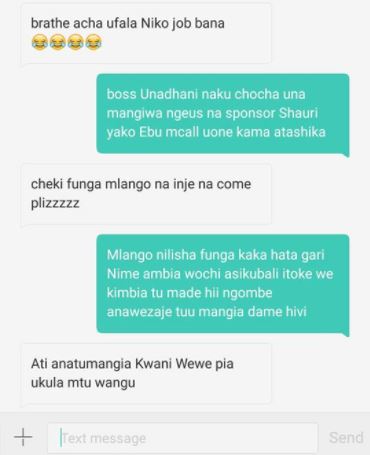 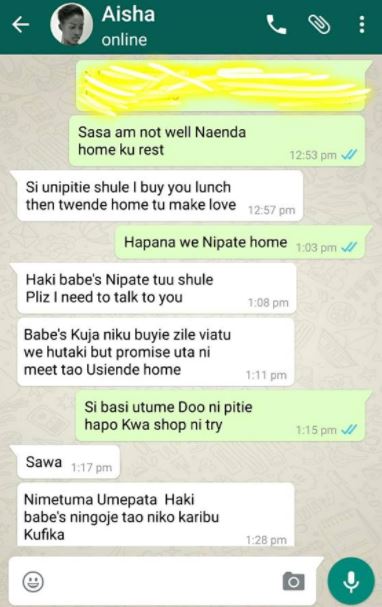 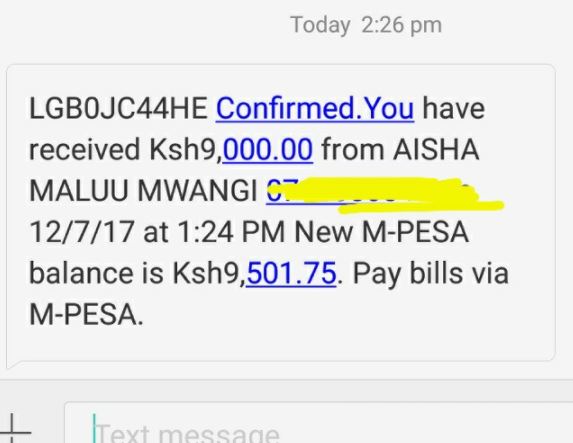 The Hottest Stories on the Internet Today (Thursday July 13) < Previous
Passengers Stranded for Hours After Nairobi-bound SGR Train Stalls in Kibwezi Next >
Recommended stories you may like: