Brenda Wairimu: What I Told Juliani When I First Slid into his DM 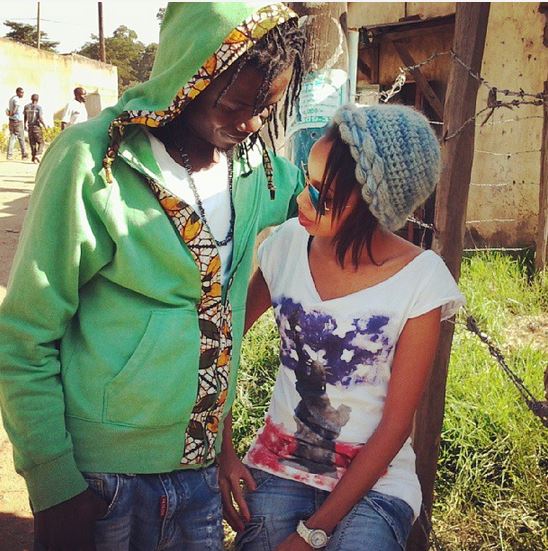 It really does go down on the DM and popular actress Brenda Wairimu is living proof.

The television presenter has opened up about how she first made the move on rapper Juliani on social media.

During their popular ladies talk show ‘Let’s Talk’ with Monique, Ella and Pierra Makena, Brenda revealed that she was a huge of Juliani before they met.

She even went to great lengths such as braiding her hair to match Juliani’s locks whenever the ‘Exponential Potential’ performed.

But it was not until she got into the showbiz industry that she got a chance to express her feelings.

Being a hip-hop fan herself, sliding into Juliani’s DM came easy and as they say the rest is history.

“I slide in his DM. You might not know this about me, but I love rap, hip hop and all that and I was a big, huge fan of his and I used to do short braids when I knew he was going to perform so that I can shake my head. So when I got to the industry I was like, maybe now I can get to meet this icon, this person that I really enjoyed his music. So I was like, hey I like your music and what not and the rest is history.”

Over five years later, the couple is still going strong and is blessed with a daughter, Amor.

‘I Almost Ordered a New Car Just Because I Feel Like.’ Akothee Opens Up About her Shopping Lust < Previous
‘My Life is Mine Not Yours.’ Lillian Muli Rants as She Addresses her Haters Next >
Recommended stories you may like: