Just 2 weeks after the president visited Budalangi’s Sigiri bridge, it came crumbling down.

The bridge estimated to have cost Sh1.2 billion collapsed on Monday morning, in the process injuring 28 site workers. It was supposed to be launched next month.

The 50 metre bridge was meant to link Bunyala South and North, and was being constructed by China Overseas Engineering Co. (COVEC).

“We are lucky that the bridge collapsed before it was used. Otherwise, we would have lost a lot of lives,” he said.

Moses Kuria made two photos on his Facebook page, pointing an accusing finger at Raila and Nasa. 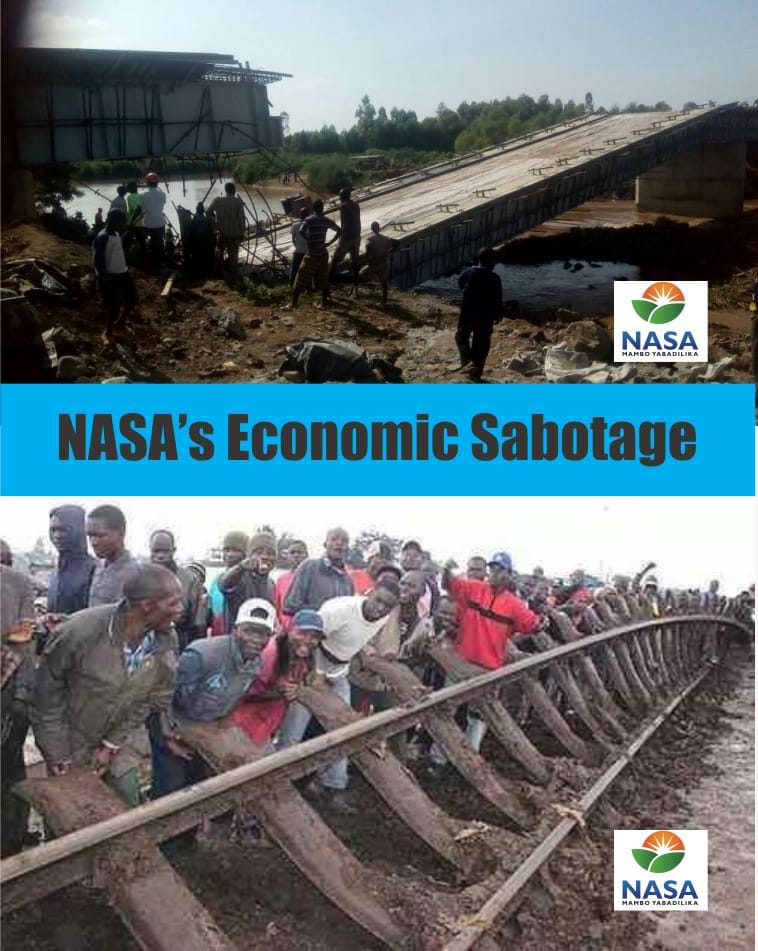 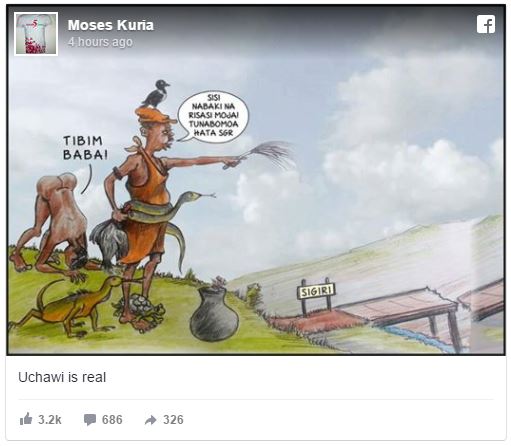 In the meantime, the government has suspended construction works at the site, until an integrity analysis is done.

Infrastructure PS John Mosonik said that a team of investigators has been sent to Budalangi and will be looking at all angles including foul play.

“A team of investigators from the Kenya Urban Roads Authority have been dispatched to establish the cause the collapse.”

“The team comprised of top engineers will investigate the cause of the failure of the structure and will release more information as it becomes available,” he said.

Ignore the Alarmist, Nakumatt is Not Closing 8 Branches < Previous
NASA Deploys Tens of Bloggers… But Will The Election Be Won on Twitter? Next >
Recommended stories you may like: