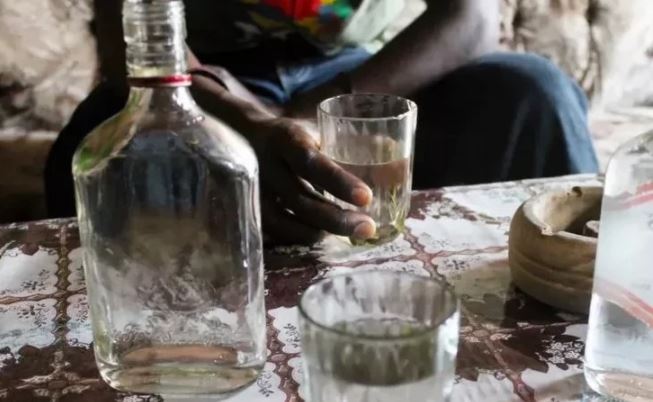 Francis Mungai Kimunya, 38, was drinking with some friends on Sunday evening at a local joint in Mairo-Inya Township, in Nyandarua County when one of them proposed the drinking competition.

“They were seated in an adjacent table to us and an argument ensued over who could drink the most alcohol in the shortest time. They later agreed on a Sh100 bet.

“He emerged the winner and took home Sh100 after gulping down three bottles of 250ml undiluted spirit,” said Mr Paul Njoroge, a reveler at the bar.

Mr Mungai is said to have proceeded home after the competition only for his friends to be informed by relatives that he had died in his sleep on Sunday night.

Nyandarua North OCPD Mr Timon Odingo said the matter was reported by the mother of the deceased after she found him dead in the morning inside his house.

“The matter was reported by one Mrs Elizabeth Nyokabi, who is the mother to the deceased. She told police that his son returned home on Sunday at around 11 pm seemingly very drunk and failed to wake up on the following day,” said Mr Odingo.

Police officers who visited the scene found his body lying on a couch inside his house. They said he had vomited alot and collected samples to help with the investigations.

“We have launched investigations to establish whether he had participated in the said competition as alleged by his friends and what he had done before going home,” the OCPD said.

His body was moved to the Nyahururu County Referral hospital mortuary.

Watch: Drunk Forward Travellers Driver Whipped in Public < Previous
All The Trending Images This Tuesday Next >
Recommended stories you may like: