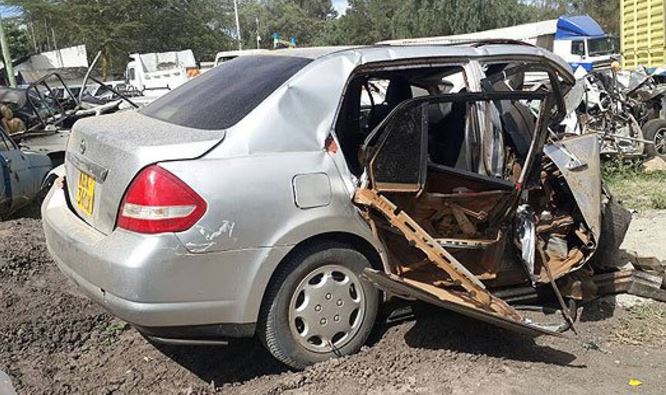 Machakos County Governor Dr Alfred Mutua has passed his condolences to the families of officers attached to his office who died Monday in a tragic road accident.

The accident occured when a saloon car they were traveling in collided head-on with a Toyota land cruiser on the Nairobi-Mombasa highway.

According to police, the accident occurred at Lukenya area after the driver of the land cruiser who was heading toward Nairobi attempted to overtake another vehicle but rammed into the oncoming saloon car belonging to the County Government of Machakos. 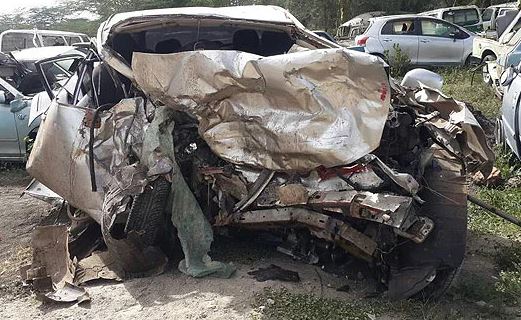 The accident claimed the lives of two police officers and two Machakos County employees while the driver of the Toyota land cruiser sustained slight injuries and was rushed to Mater Hospital for treatment.

In a statement to newsrooms Tuesday, Mutua said the vehicle they were travelling in had just dropped off one of his assigned bodyguards and was heading to drop the other officers to their homes when the accident occurred. 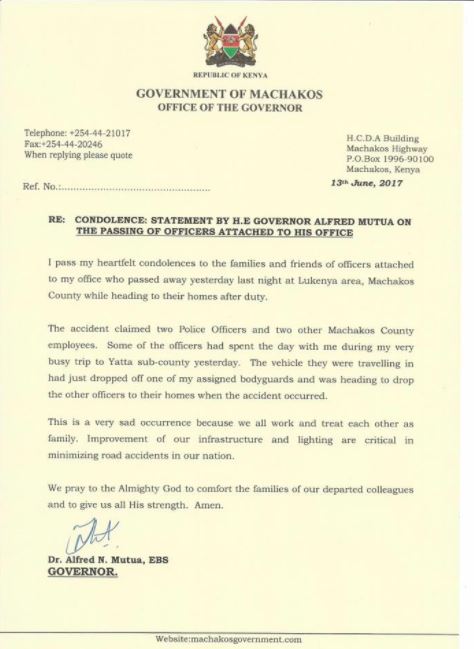 “I pass my heartfelt condolences to the families and friends of officers attached to my office who passed away yesterday last night at Lukenya area, Machakos County while heading to their homes after duty.

The accident claimed two Police Officers and two other Machakos County employees. Some of the officers had spent the day with me during my very busy trip to Yatta sub-county yesterday. The vehicle they were travelling in had just dropped off one of my assigned bodyguards and was heading to drop the other officers to their homes when the accident occurred.

This is a very sad occurrence because we all work and treat each other as family. Improvement of our infrastructure and lighting are critical in minimizing road accidents in our nation.

We pray to the Almighty God to comfort the families of our departed colleagues and to give us all His strength. Amen.”

OMG! Man Kills Lover’s Three-Year-Old Son, Dumps Body in River After Quarrel < Previous
SAD! Family of Three Die of Carbon Monoxide Poisoning from a Burning Charcoal Stove Next >
Recommended stories you may like: