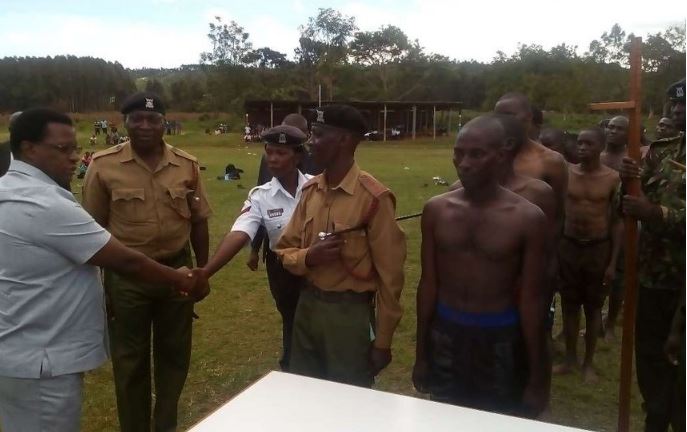 A 27-Year-Old woman died on Thursday while participating in the recruitment of police officers in Webuye East, Bungoma county.

Nepher Wamocho, from Lutacho village, was among hundreds of youths who turned up for the interviews for AP, GSU and general police posts at Webuye Pan Paper Grounds.

She collapsed while participating in the physical exercise and was rushed to Webuye Sub County Hospital where she succumbed as medics tried to resuscitate her.

“We are saddened by what has happened. My niece had only come to try her luck and was not sick at all,” he said.

National Police Service Commission chairman Johnston Kavuludi said it was unfortunate that a person had died while trying to get into the service.

He regretted that medics were not available to provide first aid to the deceased.

“It was sad that the woman lost her life while trying to join the service,” he said, adding that applicants should not be discouraged.

Loading...
All The Trending Pics This Furahiday < Previous
PHOTOS – Kenyans Take Up the Wailing Wall Challenge After Raila Visits Jerusalem Next >
Recommended stories you may like: