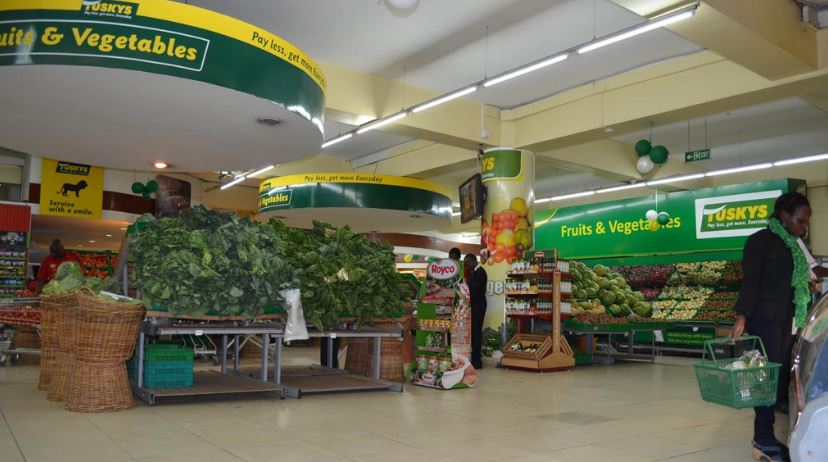 Tuskys CEO Dan Githua found himself in a difficult situation after he suggested to Kenyans that they should live on 30% of their salary and save 70%.

To most Kenyans especially in current times when prices of everything have gone up, that’s a very unrealistic proposal.

Most of those replying to his tweet wondered what is the logic behind saving, particularly because the interest rates provided by banks are lower than the inflation rate in the country.

However, one guy went for the jugular and demanded to know how much Githua pays his workers, for them to comfortably live on 30% of their salary.

“You’re the C.E.O of @TuskysOfficial, what is the average wage of workers at the supermarket?” @Benogola tweeted. 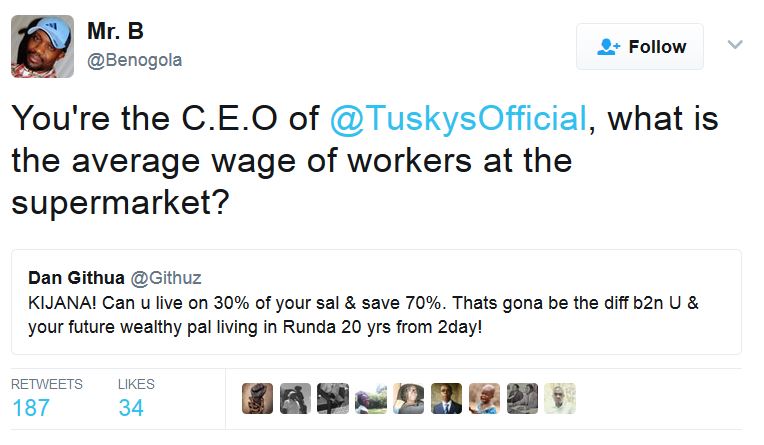 Attempts to have the CEO reply have so far been futile. 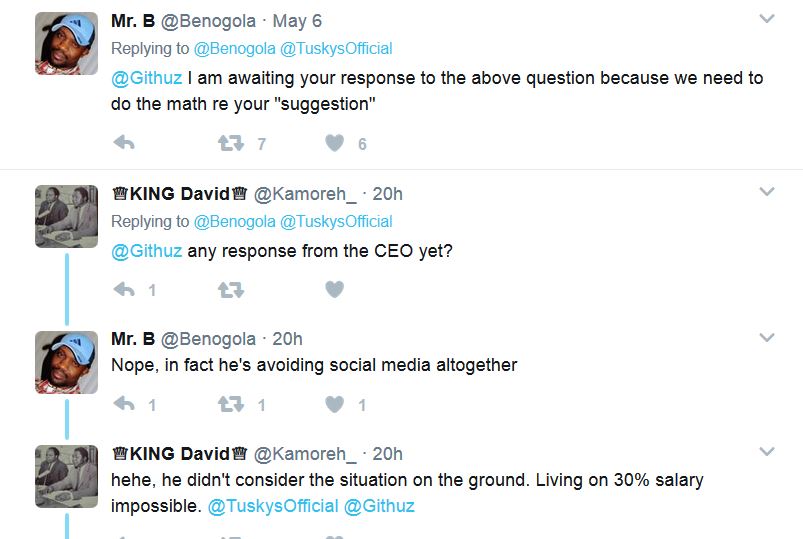 Then one person commented with a figure. It’s unclear what year this salary was, but it would be nearly impossible to live on 100% of it, leave alone 30%. 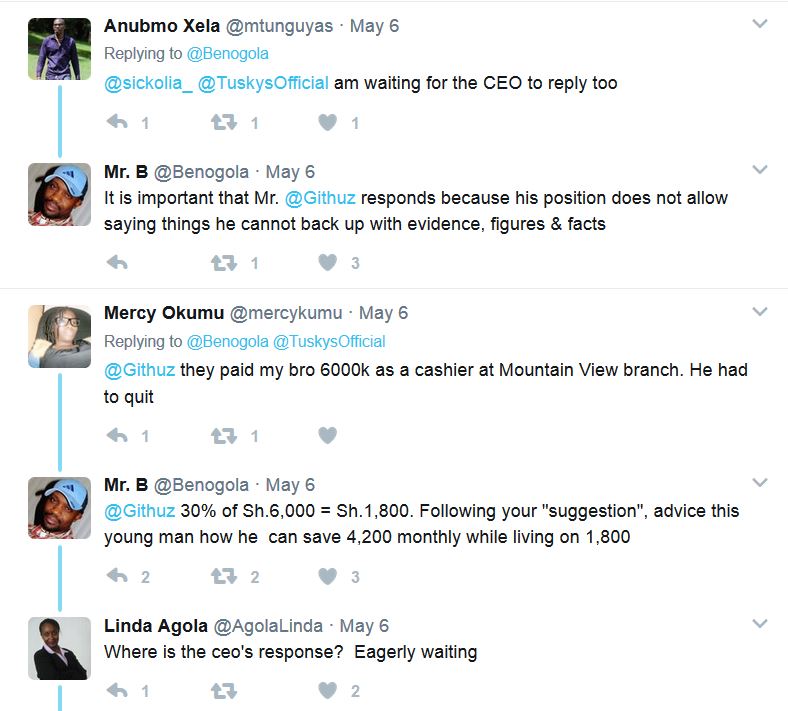 Watch City Businessman Ben Waithaka Getting Battered by a Prison Warder (VIDEO) < Previous
As You Laugh at Kiambu for Electing Waititu, This is What He Did in Thika Yesterday Next >
Recommended stories you may like: