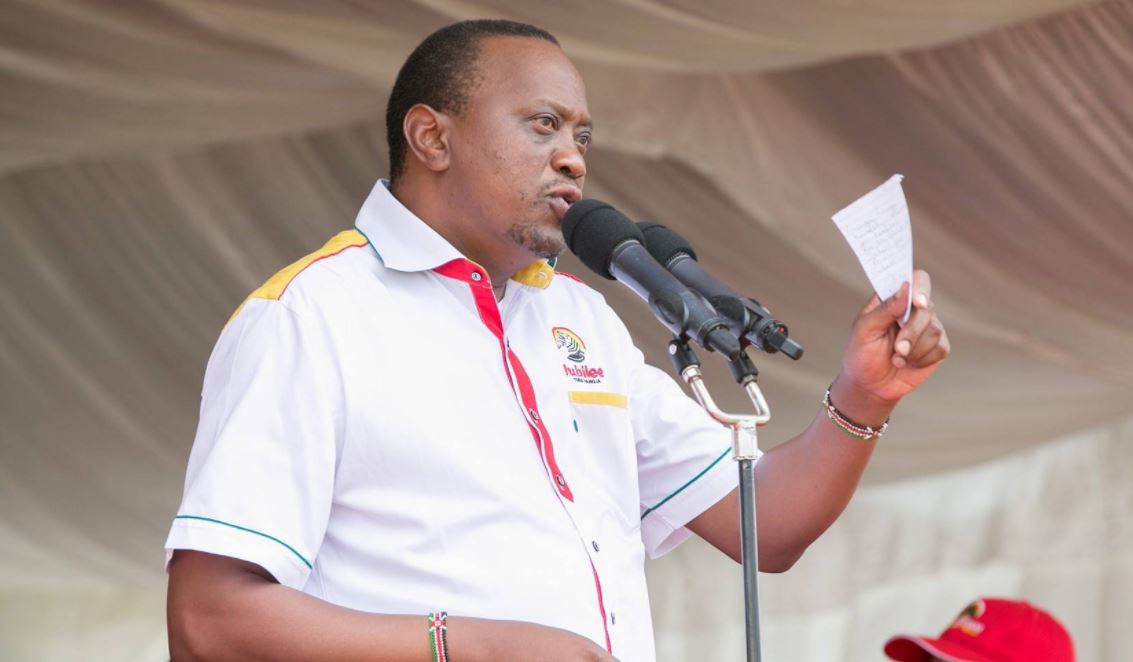 Mwakwere was until recently Kenya’s ambassador to Tanzania, appointed by the Jubilee government. He however rekindled his political ambitions, quit his position and joined the opposition to contest in August.

Now yesterday, Uhuru sensationally threatened to ‘expose’ him if he does not stop abusing the Jubilee government and spreading propaganda.

“I was shocked when he joined our opponents after giving him the ambassadorial post. Now he is abusing my administration that we have grabbed land and other silly claims. I am warning him to desist and do peaceful campaigns or I will expose all his ills. I have all his files and I can open them to the public any time,” he said. ”Do not forget we have all the records of all previous governments and we know what you are.”

The President was speaking at Lunga Lunga when he also stated that it was Mwakwere and then Vice President Kalonzo Musyoka who signed away mining rights without considering the welfare of the locals.

Uhuru also pleaded with the resident to vote for him, listing some of his achievements in the county.

“I am building roads such as the Samburu-Kwale one, the Lunga Lunga road and others. I sent medical equipment…which enabled Msambweni Hospital become a level five hospital, among others.

“I urge you to walk with us and elect me for a second term if you want justice, change and development unlike our opponents who are propaganda experts,” he said.

Speaking at the same function, Deputy President William Ruto stated that opposition leaders are responsible for putting the lives of residents in jeopardy, but are now pretending to care about them. “Minerals will not be taken from Kwale without due process being followed and without taking into consideration the interests of the people,” the DP said.

Former NTV Journalist Moses Dola Narrates How Fight Over Radio Volume Led to Wife’s Death < Previous
The Hottest Stories on the Internet Today (Monday May 29) Next >
Recommended stories you may like: