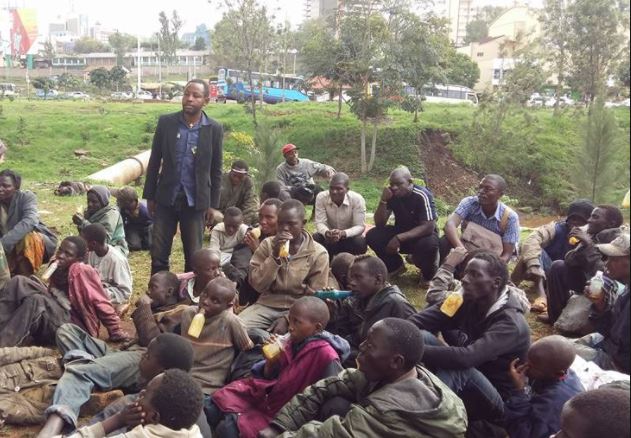 Police arrested the children and placed them in custody in the crackdown that began Monday morning.

He said the crackdown on street children and families is ongoing and those arrested will be vetted before being sent back to their homes or rehabilitation centres in the country.

“Their numbers have been increasing (in the city centre) and they have been mugging and harassing people on the streets,” Mr Koome said.

According to statistics, there are over 60,000 street children in Nairobi. Police estimate that a quarter of the 60,000 are in the Central Business District (CBD).

The treasury allocated Sh9.7 billion Social Protection Fund to the Orphaned and Vulnerable Children for the 2015/16 financial year

Woman Stabs Husband to Death After He Arrived Late from Drinking Spree < Previous
Hilarious Meme Compilation (Wednesday May 24) Next >
Recommended stories you may like: