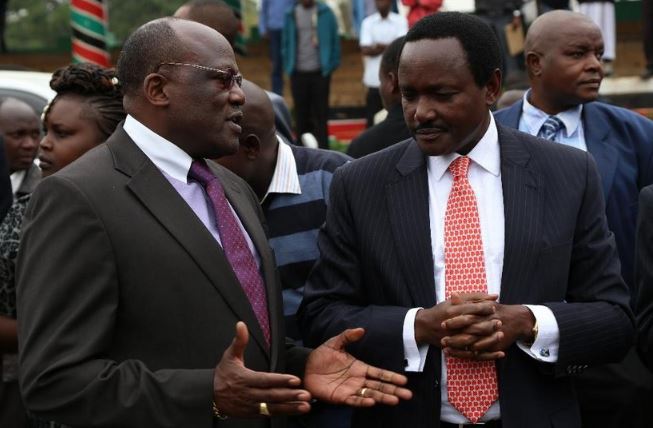 Machakos Senator Johnstone Muthama has dropped out of the senatorial race in the upcoming general election.

In a press statement on Monday, the fiery lawmaker cited massive irregularities and injustice in the Wiper Party, accusing party leader Kalonzo Musyoka of undemocratically imposing candidates on Kamba people.

“A culture of killing democracy has emerged in our party and repression has been promoted. The party leader has been imposing candidates on the people and ensuring that, by hook or crook, these people become Wiper candidates,” reads the statement in part.

Muthama noted there was injustice in Makueni, Machakos and Kitui counties following the issuance of direct tickets to Prof Kivutha Kibwana(Makueni) and Wavinya Ndeti (Machakos).

“I regret the way Wiper is being micro-managed to the disadvantage of some party members. My decision was influenced by the way Wiper affairs are being conducted,” he said.

He further declared that he will not be campaigning for Wiper anywhere.

“As I contemplate my next move, I assure there will be a bruising political battle in Ukambani and that the voice of the people will be heard,” he said.

“I do not feel that I have the face, anymore, to campaign or face out supporters of Wiper all over because the party has betrayed the people’s trust, just like it did in 2013, by [imposing] Governor Alfred Mutua on the people.” 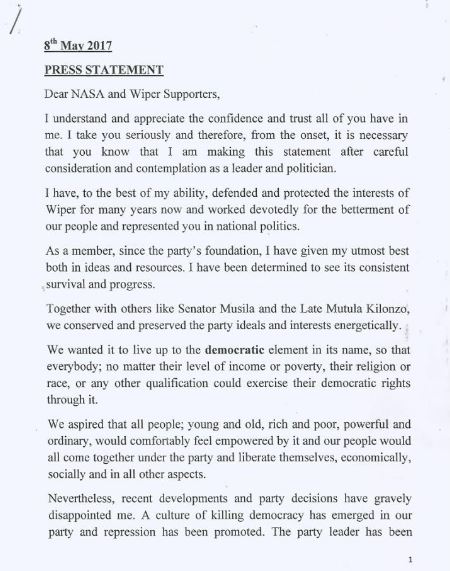 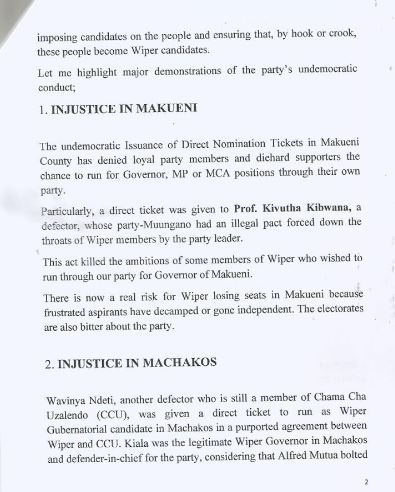 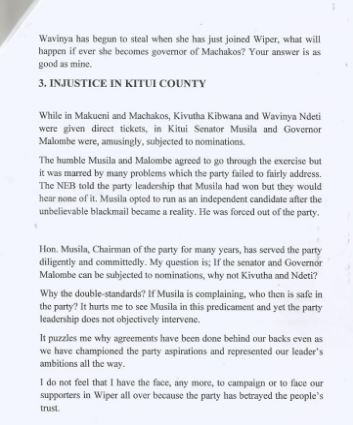 Count Me Out if There’s no Food! Woman Turns Down Invitation to a Wedding Committee (Screenshots) < Previous
Three-Year-Old Girl Dies of Electrocution While Playing at Church Compound Next >
Recommended stories you may like: