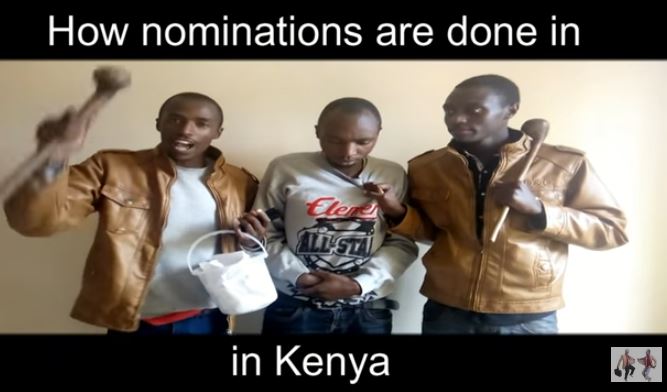 There was drama at the recently concluded Chaget Party nominations after power went out momentarily during vote counting.

During tallying of final votes, an aspirant, Matayo, was seen taking an early lead over his closest rival, Ngang’, before the power went out. No sooner had power returned than Ngang’ mysteriously took a comprehensive lead.

The outcome is in line with the motto: “We know what you want and you know what we want”, which was adopted by the party in its primaries.

Speaking to the press, Chaget Party leaders said the elections were free and fair.

Watch how it all unfolded below:

VIDEO: Cheeky Student Struggles with ‘Kinyume’ in Funny Swahili Lesson (Must Watch) < Previous
Hilarious Meme Compilation (Tuesday May 2) Next >
Recommended stories you may like: