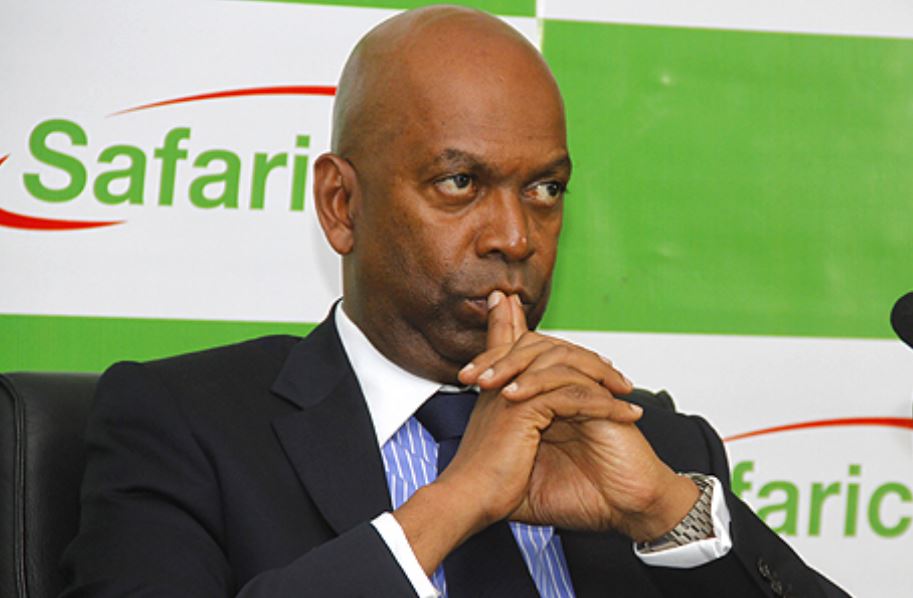 What can we say about Kenyans on social media being crazy that we haven’t said before? Not that we are complaining, it would be a dull country without the many comedy antics Kenyan netizens come up with.

On that note, a hilarious post by a Facebook user on the Safaricom page explaining why he has not settled a debt is going viral.

One Clinton Gichana wrote to Safaricom to respond to a text from the communications company reminding him to pay a Sh100 Okoa Jahazi loan.

Gichana, who apparently did not like the tone of the text message demanding money from him, told Safaricom that he owes more people money and it is not his fault that he has not settled the debt in four weeks.

Read his full hilarious explanation below: 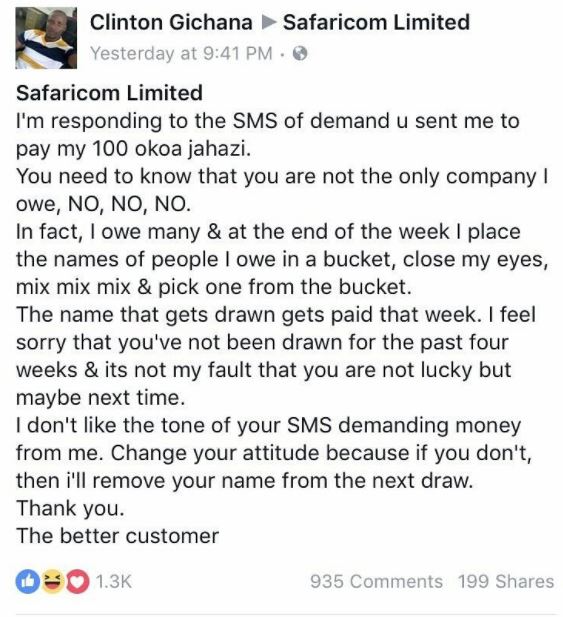 Githeri Wachieni Vibanda! Jahmby Koikai Rants After She Suffered from Food Poisoning at Fancy Restaurant < Previous
Mike Sonko’s Supporters Crashed to Death at Muthurwa Footbridge Next >
Recommended stories you may like: