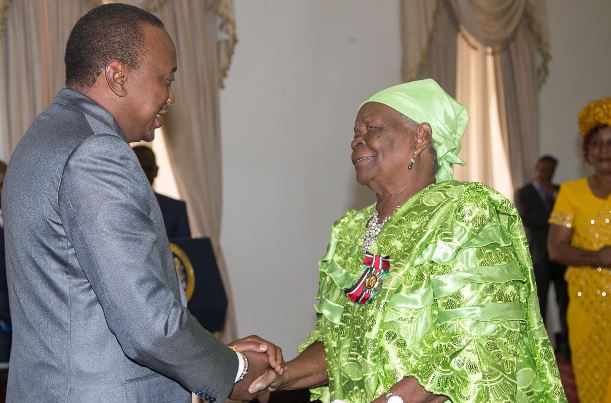 Uhuru Kenyatta on Tuesday morning honored Mama Sarah Obama for her dedicated service in helping the less fortunate in the society.

The Head of State presented her the Elder of the Order of the Burning Spear award at State House in Nairobi.

The Foundation’s mission is to improve the education and welfare of disadvantaged children through forging partnership and linkages with both local leaders, national and international partners. 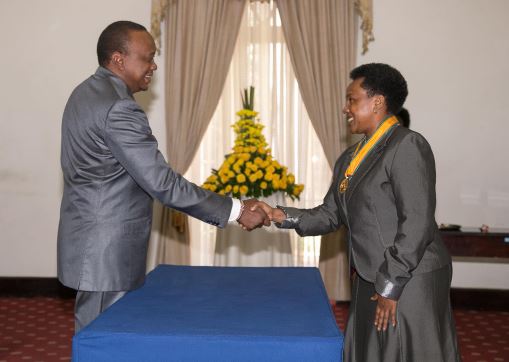 Lady Justice Philomena Mwilu who is the current Vice President of the Supreme Court was awarded the Moran of the Order of the Golden heart (MGH) for her distinguished service rendered to the country.

Otieno James Ogutu was awarded the Order of the Grand Warrior of Kenya (OGW) for his dedication and distinguished service rendered to the Nation. 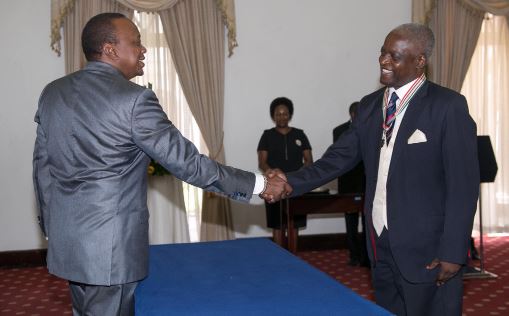 Mr. Otieno who holds a Diploma in Advanced Youth and Development from University of Guyana was first employed in the Ministry of Culture and Social Services as a Research Assistant, where he was instrumental in recording and transcription of traditional music of Kenyan tribes.

He rose through the ranks to become Youth Officer in the same Ministry in charge of the Development and Management of Youth Polytechnics. Mr. Ogutu also headed the Youth Department at the Kenya Red Cross in 1983. 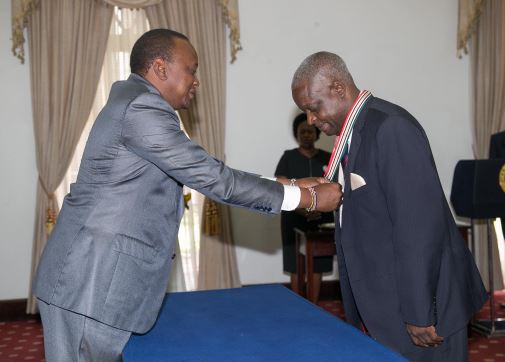 He left the Civil Service and ventured in business and started a company called Otieno International Limited which specializes in Military ornaments, Medals and ceremonial items.

In his company he has created employment to many youths and served many countries in supplying military ornaments.

President Kenyatta commended them for their commitment and dedication to service and wished them success in their endevours.

The ceremony was conducted by Chief of Staff and Head of Public Service Joseph Kinyua.

Masaibu!! This Kenyan Arsenal Fan Broke into Tears After a Heavy Defeat (VIDEO) < Previous
Renowned KBC Radio Broadcaster Eddy Fondo is Dead Next >
Recommended stories you may like: