Pic of The Year? Anyang’ Nyong’o Takes Cover Under Table as ODM Rally in Migori Erupts in Chaos 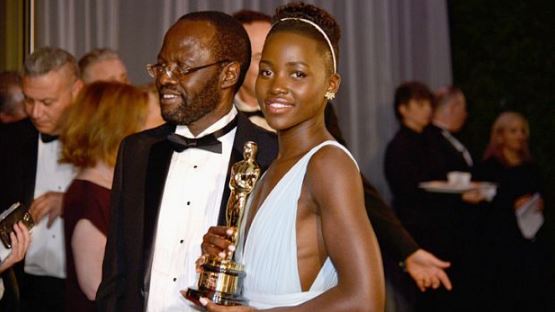 Upon seeing the governor, the crowd booed and threw water bottles, stones, and shoes at the podium.

As a result, Obado’s bodyguards shot in the air to disperse the crowds and control the situation but a bullet went through a VIP seat in an area where dignitaries were seated and hit Mombasa Governor Hassan Joho’s bodyguard.

During the melee, senator Anyang Nyongo was pictured taking cover under a table before he was whisked away by bodyguards.

The picture has been doing the rounds on social media with some twitter users describing it as the pic of the year. 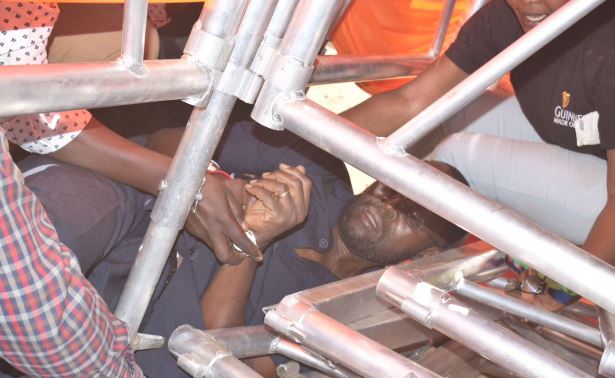 You can expect some epic memes or a challenge from this one. Some twitter reactions:

Prof NYONGO caught in the thick of thin things in Migori today. What a shot? capturing the madness. pic.twitter.com/MfR8u4eRZH

@jamessmat pic of the year

@jamessmat Kenyan politics is embarrassing. That’s the father of an Oscar Winner! @NgaoElias

@jamessmat looks like someone is nicking the Prof’s watch ?

@jamessmat @elsiebirech When is he going to retire frm politics ,he should be looking after his cows sio kufwatana na vijana kila mahali

@jamessmat Daughter in Hollywood ,Dad in Hollymetal,what a talented family

All That’s Trending in Nairobi This Tuesday < Previous
Why I Support Police Executions… How Eastleigh Thugs Killed My Friend and Walked Away Laughing Next >
Recommended stories you may like: