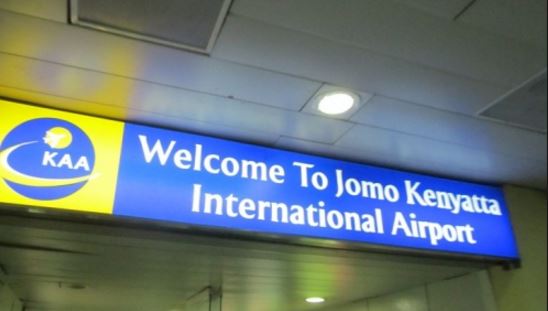 The Kenya Airports Authority has been put on the spot after a video emerged of an employee asking for a bribe from a traveler for the release of her passport.

At the start of the video, the ‘broker’ is heard telling the tourist that the uniformed employee wants Sh 5,000, which the tourist says is too much.

The broker proposes that he and the tourist raise Sh1,500 but they finally settle on Sh2,000.

The tourist describes this as a good deal and asks for her travel document before giving the money.

“Can I have my passport please,” the woman says, but the broker asks to take details to tell “colleagues” that the particular deal had been completed.

Kenya Airports Authority has responded to the viral video and said it would carry out investigations into the night incident.

KAA Staff soliciting bribes from tourists. The rot at JKIA is beyond measure. The number of brokers at the airport is sickening @UKenyatta pic.twitter.com/G84rrdqX2V

All The Trending Images This Wednesday < Previous
The Hottest Stories on the Internet Today (Thursday April 13) Next >
Recommended stories you may like: