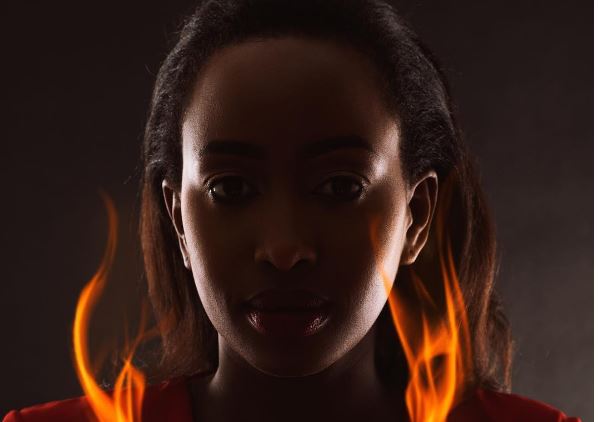 Former Citizen TV news anchor Janet Mbugua has not ruled out the possibility of returning to the screens.

Following weeks of speculation, the popular media personality officially announced her departure from the Royal Media Sevices station on Monday night during her last broadcast.

She is to be replaced by Anne Kiguta.

In an official statement announcing the end of her five-year stint with Citizen TV, Janet Mbugua says the departure is more of ‘See You’ than ‘Goodbye.’

In the blog post, titled ‘Reigniting My Fire’, Janet says it is the right time to take a sabbatical which includes pursuing her passion projects and spend more time with her family.

Just as a candle cannot burn without fire, men cannot live without a spiritual life (Buddha)

I happen to be a believer in doing what feels right when the moment feels right, as long as I’ve thoroughly thought it through, prayed, meditated and know that I can sleep with a sense of conviction in my soul. I’m also deeply aware of how blessed and lucky I’ve been. The opportunity to have been a Broadcast Journalist for 10 years has been humbling and rewarding, with 5 of those years spent at Citizen TV. For that I’d like to thank Farida Karoney and Wachira Waruru, who have believed in me through and through. I know the moment is right for me to take a sabbatical; breathe, reflect, pursue my passion projects in earnest and spend time with my young family. It’s more ‘see you soon’ than ‘goodbye’.

I’m not going into specifics about what my next steps are, that’s not my style. What I can say for now is that I am in a space of renewal and rebirth, without wanting to sound too perceptible. It’s as metaphorical as it is literal.

Sometimes life forces you to reboot, whether you want to or not. Am I scared? Sure. A little. Anxious? Yes. Excited? Very! Broadcast has not just been my bread and butter, but the Ying to my Yang as far as career goes. My go to. My comfort zone. Stepping out of all that familiarity, albeit momentarily, can shake ones equilibrium a little…but that’s not unusual. But, I’m a closet Life-ist who’s ready to own that. Life is too short. Better to live it absolutely!

In the meantime continue to follow the projects I’m a part of, #HelpAChildReach5 with Lifebuoy and #TheJourneyWithJanet with Resolution Insurance, and those I’ve founded; #IAmMotherhood (www.iammotherhood.love) and Inua Dada, of which the latter is going through its own organic transition.

I’m excited for what the next few months hold and look forward to sharing all this with you, right here on this platform and across my social media.

Here’s to life! And all it’s possibilities ?