I Once Showed My Assets to Everyone on the Set of Tahidi High, Reveals Actress Shirleen Wangari 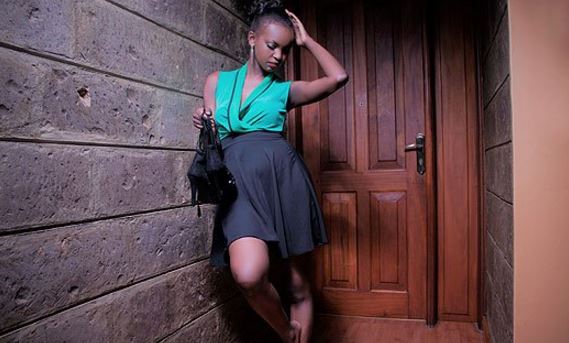 To many, she is known as Shish, the snobbish character on seasoned Citizen TV high school comedy-drama Tahidi High. She, however, prefers to be called by her real name Shirleen Wangari.

Since her departure from the show, Shirleen has gone on to establish herself as a producer.

She owns her own film company and has produced short films which have been recognized in the film industry.

She spoke to Nairobi News about her time in Tahidi High, including her most embarrassing moment which happened on the set of Tahidi High.

Do you miss Tahidi High TV show? – Yes I do. We were very innocent at the time and getting paid was not a priority. We were straight from high school so it was like a continuation of school.

For me it was the biggest set I have ever seen in this country. It was shocking, the director says cut and there is someone bringing you a seat and an umbrella, then you go like, are you kidding me. It was quite an experience and should happen again and again.

Do people associate you with the characters that you play? – Yes, people do. In Tahidi High, I was told that I used to blink a lot. People sometime tell me to blink for them like I used to in the show. Sometimes people think I am still that character who is snobbish. Later after we start talking they will be like, you are different.

Who is the real Shirleen Wangari? – Shirleen is a chick who was born in Ofafa Jericho, lived in Kayole before finally moving to Komarock. That was an upgrade. I attended Catholic University until third year, I hope my teachers will not get to hear that. I’m a girl who loves stories which are true to African and not the ones which depict Africans as poor and destitute people. We are a happy lot.

What is your most embarrassing moment? – There was this day we were shooting Tahidi High and I made the mistake of altering my skirt to look tiny just like the same way high school girls do. On this day, Liz Mulinge who played Becky we were walking on the set after the director said action and I decided to bend and fix my shoes and the skirt just split open.

Luckily there was no one behind us and as I turned to check if there was anyone behind, I ended up showing everyone who was on set my assets.

What advice would you give your younger self? – I would tell her to go and call a Harambee from upcountry all the way to Nairobi for a fundraising to go and study filming in Los Angeles. Study and come back and bring the skills in Kenya. That is what I would tell a young Shirleen.

What is your take on Kenyan entertainment industry? – I do not feel like there is enough respect for entertainers in this country. I have a friend from Zambia and she told me she will never come back to this country after staying here for a year.

In her country, she is a goddess and she is treated with respect. What I think is that the industry should be more empowering so that it becomes as big as it is in other countries. That can be achieved if the industry can become a very stable and constantly churning money from the work the artists do.

With the government help, we can achieve and the children will be looking forward to becoming great actors in Kenya.

Watch the full interview below, courtesy of Snappy 7.