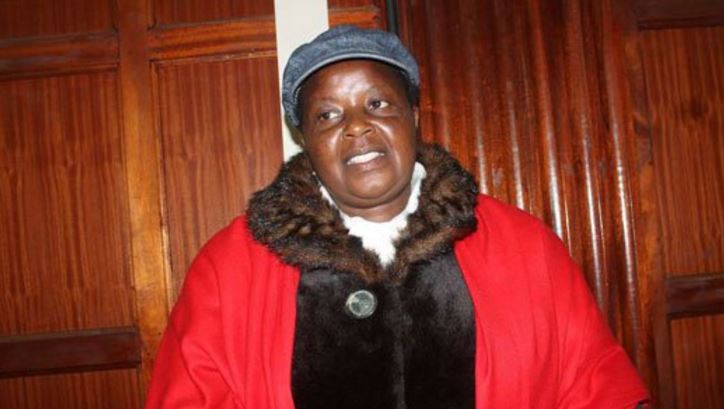 She appeared before chief magistrate Francis Andayi following the incident on Wednesday during Jubilee primaries in Nairobi.

She was accused that on April 26, 2017, she unlawfully and willfully with her supporters who were not before court destroyed 4 ballot boxes at City market polling station. She was also accused of destroying assorted ballot papers valued at Sh30,000.

Chief magistrate Francis Andayi directed that the aspirant be detained for five days until police conclude investigations into the matter.

He said the politician is required to deposit a Sh500,000 bond and give two sureties after the five days.

Wanjiru asked the court to allow her to be detained at the police cells so that she can easily access her medication.

She was taken to Kileleshwa police station and asked to provide the medical documents to prove that she was not feeling well.

Hilarious Meme Compilation (Thursday April 28) < Previous
Enemies of Progress? Moha Jicho Pevu’s Family Calls Him Out for not Helping them as They Suffer in Poverty (VIDEO) Next >
Recommended stories you may like: