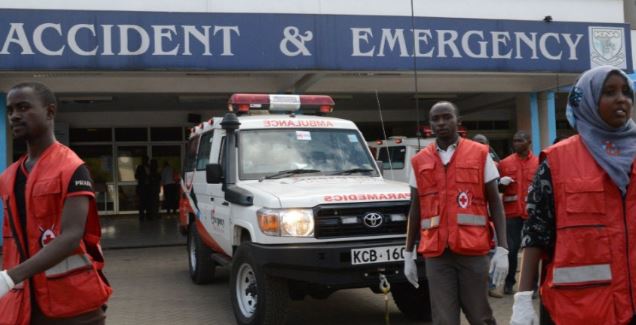 A nursery school pupil with serious gunshot injuries was turned away from a private hospital after her parents failed to raise the Sh20,000 admission fee, The Standard reports.

Senteiyo Kateiya, 6, lay in deep pain for one-and-a-half hours inside an ambulance at St Mary’s Hospital as Red Cross officials and relatives pleaded with hospital administrators to admit her.

Kateiya, a pupil at Mukutani Primary School, survived an attack that left 11 dead when suspected members of the Pokot community attacked homes belonging to members of the Ilchamus community on Tuesday night.

According to her uncle, Benjamin Parkitore, they pleaded with the hospital managers from 11 am to 12 pm.

She was later taken to the Rift Valley Provincial General Hospital in Nakuru by Red Cross officials.

When contacted, St Mary’s Hospital administrator Seth Manera said according to the hospital’s procedures, patients are required to pay cash deposits before being taken in for further observation.

He said according to the nursing officer who received the girl, she was stable and did not require any emergency attention.

“The case was not an emergency,” said Mr Manera.

Additional Reporting by The Standard.