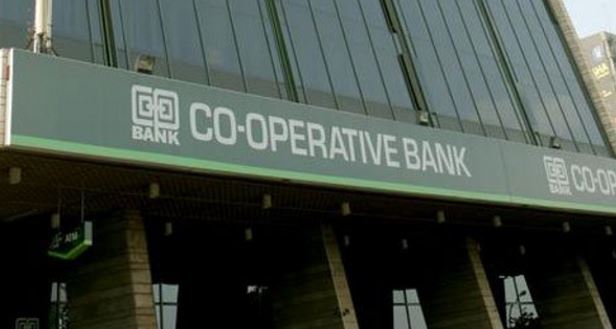 Police in Isiolo town on Monday, March 20, detained eight Co-operative Bank employees for questioning over the theft of Ksh26 million from the bank.

Confirming the incident, County police boss Charles Ontita said CID officers established that one of the cashiers opened the bank’s back door to let in the robbers who were armed with an AK47 rifle and a panga.

The three robbers tied up four workers and stole Ksh26 million before escaping alongside the bank employee who had opened the door.

Mr Ontita said that the robbery took place after police officers, who had been assigned the role of manning the bank through the day, had returned to their respective stations.

“The operations manager called police reporting robbery at the bank at 18.30 hours yesterday (Monday) and detectives promptly went to the bank to find out,” said Ontita on Tuesday.

Guards from a reputable security firm who are posted outside the bank told the police that they did not hear of any commotion inside the facility between 4.30pm when the bank closed for business and the reported time of the heist.

“The only people present in the premises were the entire staff of the day and there were no customers. The security guards did not hear of any commotion nor noticed anything unusual,” said Ontita.

He added; “They told the officers the robbers were armed with AK-47 rifles but no one could describe how it (the weapon) looks like”.

Preliminary investigation, based on the CCTV footage, confirmed that it was an inside job.

“We did not get clear explanations on how the safety keys changed hands from the operation manager to the suspects, but we are still interrogating the staff for more leads,” said the police boss.

‘Full investigation has commenced and detectives are reviewing the CCTV footages but from initial probe, everything points to them (inside job),” he added.

Fall of Sacred Mugumo Tree Linked to Death of Former Nyeri Governor < Previous
‘Be a Proud Mother!’ Brenda Wairimu Challenged to Reveal Daughter’s Identity…This was her Epic Response Next >
Recommended stories you may like: