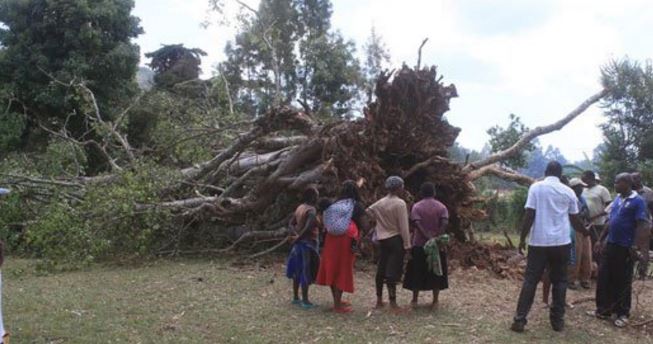 The fall of a sacred Mugumo tree in Nyeri has sparked anxiety, speculation and fears of a bad omen befalling Central Kenya.

The tree believed to be over 150 years old came crashing down in Kiamigwi, Mathira constituency, Nyeri on Sunday. Some residents have associated the fall with the death of the late governor Nderitu Gachagua who was buried earlier this month.

Mr Charles Gikandi, a resident, said the incident symbolised the end of Mr Gachagua’s reign and the beginning of another.

“It shows that the position the late Gachagua held in the county has come to an end. We must prepare ourselves for changes,” he said.

Mr Gikandi added that it also meant that those who have held leadership positions for a long time will be kicked out and the youth will succeed them in the upcoming General Election.

However, opinion is divided as to why the revered tree fell.

Some residents say it was a normal occurrence while others claim that God was a sending message to his people to turn away from immorality. 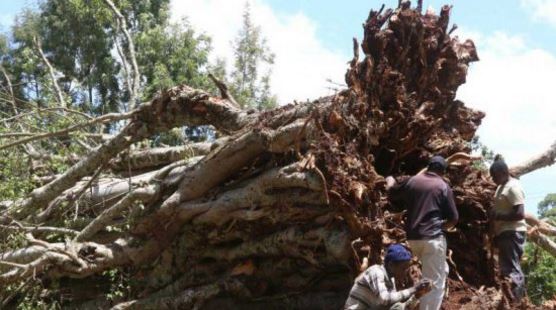 “For such a tree to fall it means that our Maker is not pleased with something we have done,” said Mr Simon Kariuki as quoted by Nation.

Residents who arrived at the scene immediately said they spotted snakes emerging from the hollow sections.

“We spotted at least three snakes slithering around the tree. One was killed but the others disappeared,” said Ms Alice Wanjiku.

Village elders, however, warned women against speaking about the tree or idling around the area.

The elders are expected to inspect the tree, conduct rituals to ward off evil, and seek a clear message from the ancestors on what its falling means.

Luckily, the tree which tumbled in the homestead of Mr Maurice Gachamba famous for assembling an aircraft he named Kenya One, did not destroy any property when it fell.