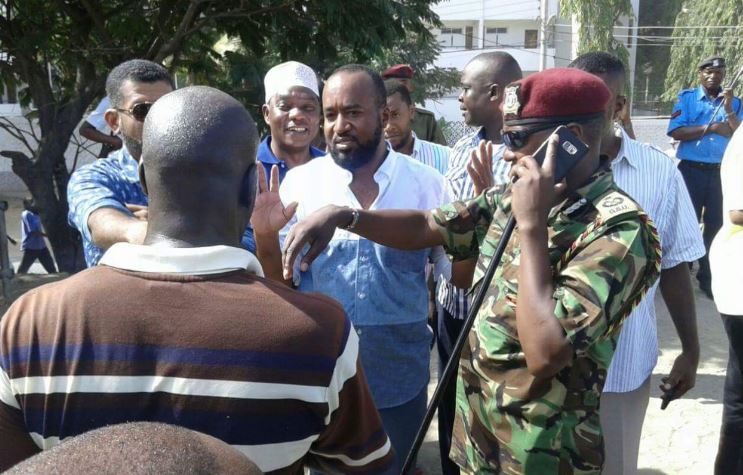 There is no love lost between President Uhuru Kenyatta and Mombasa Governor Hassan Joho.

The last time they shared a stage, they viciously attacked each other, and it looks like the president swore never to repeat that scene.

For the past couple of days, Uhuru has been in Mombasa to launch national government projects. Most of his utterances have been attacks on Joho, which he escalated yesterday during the re-opening of Mtongwe ferry service.

Earlier in the day, police officers had prevented Joho from attending the presidential event.

PHOTOS – Billionaire Politician Ephraim Maina Arrives in Chopper to Launch Wooden Bridge in Nyeri < Previous
Ferdinard Waititu Legally Changes His Name To ‘Babayao’ Next >
Recommended stories you may like: