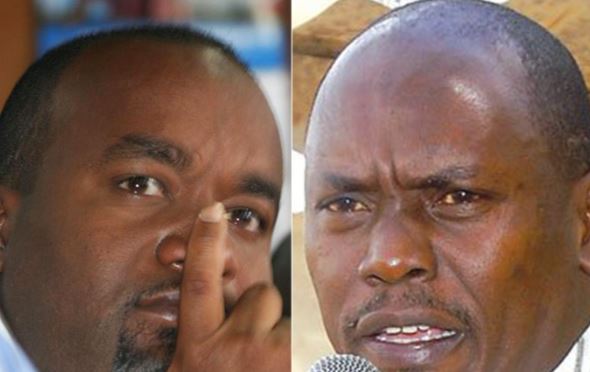 Speaking at a rally in Gatundu Stadium on Tuesday, March 14, where he had gone to thank residents for turning out to register as voters ahead of August 8 poll, Mr Kabogo demanded that Joho must respect the president.

He noted that opposition governors had formed a habit of disrespecting the Presidency.

He added that Uhuru is a King who was anointed by God.

“This is our country and nobody can take it from us. He (Uhuru) is our king and he was anointed by God. You (Gatundu residents), what do you think about that matter? Lift your hands up to show whether you accept him (Uhuru) as your king,” said Kabogo.

All The Trending Images This Thursday < Previous
It Will Now Be Illegal To Use Plastic Bags in Kenya Next >
Recommended stories you may like: