Did Viagra Overdose Cause Raila’s ‘Poisoning’?… The Shebesh Connection 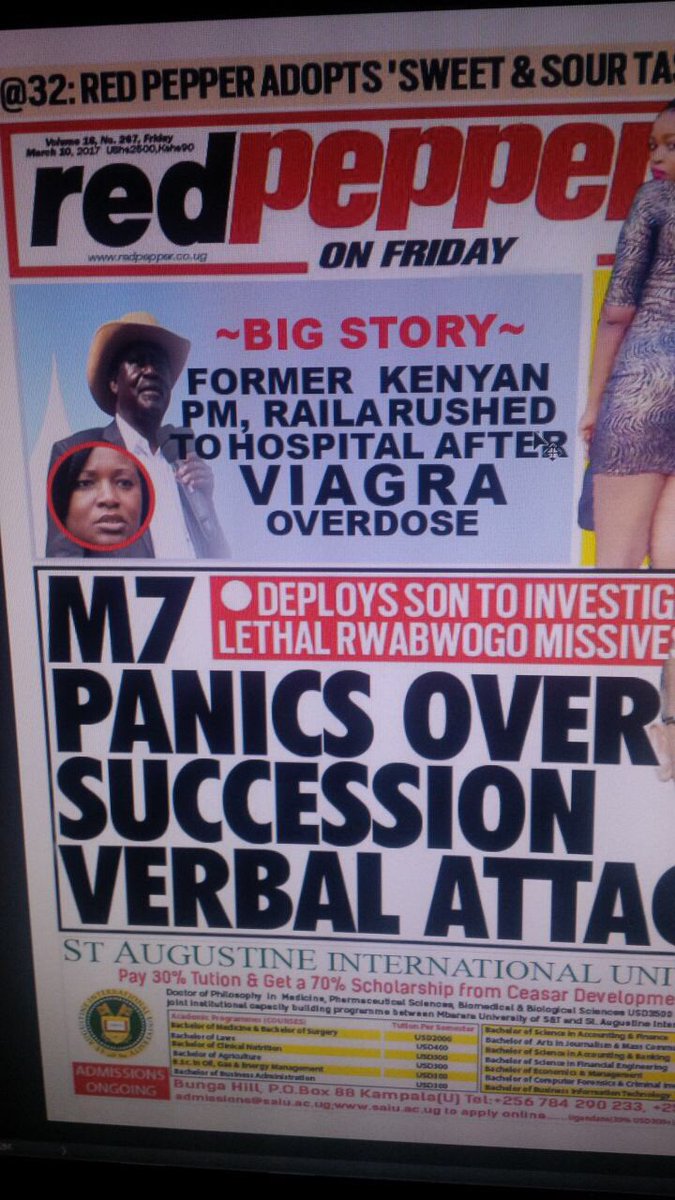 There was panic among some of his supporters, who interpreted the headlines as an attempt on Raila’s life. Many Kenyans think that ‘food poisoning’ literally means adding poison to food with evil intent.

Anyway, Raila came out to clarify, but our neighbours in Uganda were not convinced.

“Former Kenyan PM, Raila Rushed To Hospital After Viagra Overdose,” screamed the headline in a huge font. Accompanying the story was a photo of Nairobi Woman Rep, Rachel Shebesh, and it’s clear what message they were trying to pass by including her in the story.

Well, it is now clear that the editors of Red Pepper sit down and make up stories. The very definition of FAKE NEWS.

Mutahi Ngunyi: Raila’s Running Stomach Was Fake… He Lied To Get Sympathy < Previous
The Hottest Stories on the Internet Today (Wednesday March 15) Next >
Recommended stories you may like: