Did Obama’s Birth Certificate Come Up..? Details of Trump’s Call To Uhuru 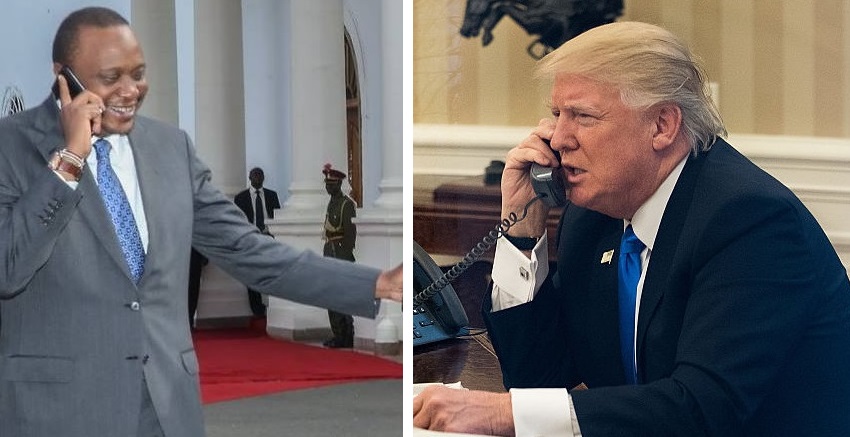 Why did State House Nairobi fail to release details of a phone conversation between Trump and Uhuru, until after White House released a statement hours later?

Perhaps that’s protocol, but maybe the Americans requested they release first, to avoid any contradiction.

Because I for one would be surprised that the straight talking Trump, with an ego the size of Manhattan, would call the president of Kenya and fail to mention a thing about Obama, and maybe even his birth certificate.

Trump was the ‘birther’ leader, and even today as president, still so often attacks Obama – the son of a Kenyan.

From the official White House brief, the two presidents discussed bilateral relations between Kenya and the US, terrorism and other regional security matters.

President Donald J. Trump spoke today with President Uhuru Kenyatta of Kenya to reaffirm the strong bilateral relationship between our two countries.  The two leaders discussed our economic partnership and mutual dedication to overcoming terrorism and other regional security challenges through close cooperation.  President Trump expressed appreciation for Kenya’s significant contributions to the African Union Mission in Somalia and recognized Kenyan troops’ sacrifices in the fight against al-Shabaab.  The two leaders also discussed ways to boost bilateral trade and investment in Kenya and the broader East Africa region.

Is Will Smith in Kenya, Uganda or Tanzania? Confusion as 3 Countries Take Credit < Previous
Lock Them Up: Government Finally Plays Hardball With Greedy Doctors’ Officials Next >
Recommended stories you may like: