Watch: What Akothee’s Son Did That Made Her Cry Like a Baby (VIDEO) 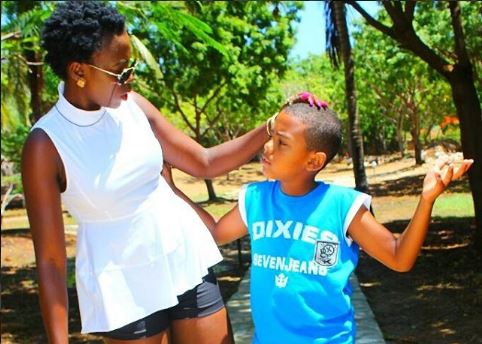 That Akothee’s life is ever full of entertainment and drama is not a secret anymore.

The flamboyant singer, otherwise known as Madam Boss, is often the subject of trolls on social media but has developed a thick skin over the years which has endeared her to more fans than haters.

However, in spite of Akothee’s often tough and strong personality, she does have an unusual weakness as revealed by her eldest son, Ojwang.

In a short clip posted on the gram, Akothee is seen and heard wailing out as her son pushes her on a playground swing in Switzerland. Her son, however, ignores her pleas to stop the pushing and appears thoroughly amused by his mother’s ‘suffering.’

Watch: Fresh Visuals of Kenya’s Best Song This Year ‘Leo’ by Brian Nadra < Previous
Zero Chills: Kenyan Netizen Predicts the Next Destination for Jeff Koinange and His Bench After Citizen Next >
Recommended stories you may like: