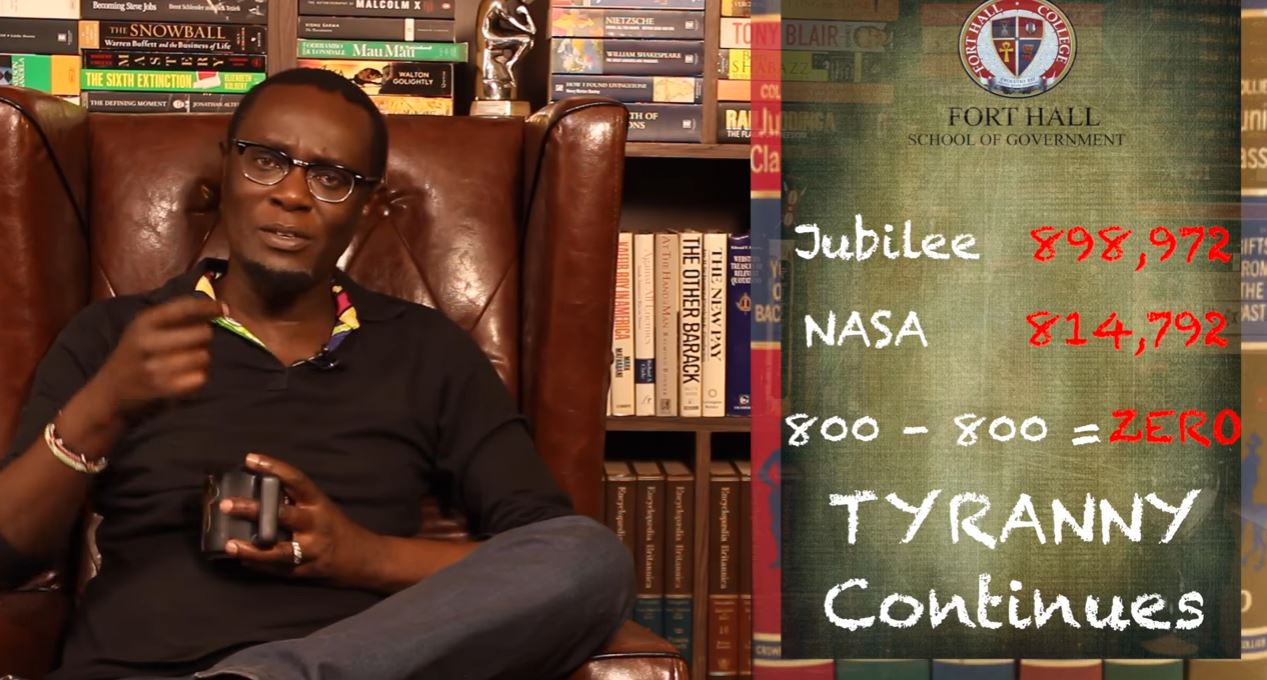 ”It was a total waste of national imagination..” Political analyst Mutahi Ngunyi and his Fort Hall School of Government have announced in his latest ‘5th Estate’ video.

In the video, Mutahi argues that though NASA and Jubilee registered almost an equal number of voters in their respective strongholds, the net effect is zero as the Tyranny of Numbers continues. He implies that a huge win in the voter registration exercise was more important for NASA than Jubilee.

”Uhuru did not win the voter registration. NASA lost,” the controversial commentator argues.

Mutahi adds that NASA must now recover the lost registration by having a huge turnout. He however cautions that ‘super alliances’ bring forth the illusion on an early victory, which leads to low turnout. He gives the example of the 2002 Rainbow alliance that attracted the lowest turnout in Kenya’s history.

For instance, only 50% of Luo and 41% of Luhya came out to vote then. Mutahi attributes this to the lack of a presidential candidate from those tribes. He says the same will happen to the Kamba, for example, if Kalonzo will not be the flag bearer.

Mutahi concludes by saying that a run-off will be NASA’s only option. Watch the clip.