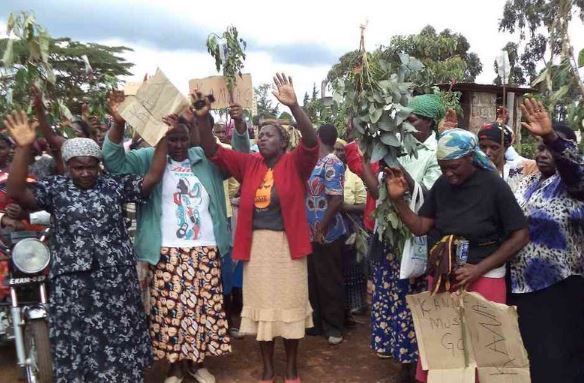 A Kenya Defence Forces officer was on Wednesday attacked and killed  by youths at Nyataragi village, Ndeiya ward in Limuru sub-county.

Patrick Njenga, 31, was reportedly hit on the head by the group when he tried to stop some of them from fighting in a local bar.

Witnesses said he bled profusely and residents rushed him to Limuru Nursing Home where he succumbed to the injuries.

“We were shocked because all those men are from the same village. At first, everyone thought they were playing, but they turned violent,” resident Kevin Kimani said.

The death sparked protests on Thursday as family members demanded that those involved in the murder of the officer be punished.

The residents urged the relevant officials to close bars in the area, adding that most of them are bhang-peddling dens.

They threatened to block the Mai Mahiu-Nairobi highway at Mutarakwa.

Area deputy county commissioner David Kiprop said a report was made at Mutarakwa police post and investigations were launched into the incident.