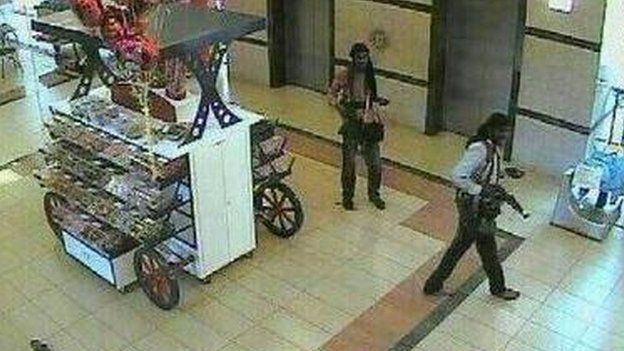 On Tuesday, we broke news that Fox had used CCTV footage of 2013’s Westgate Mall attack, on it’s latest episode of 24: Legacy.

Read: Westgate Attack Featured on 24: Legacy… But There’s One Problem

In the video, actress Rebecca Ingram (Miranda Otto) is seen explaining to the director of National Intelligence that the clip shows a terrorist attack at a market in Alexandria, Egypt.

Following our story, Kenyans on Twitter started the hashtag #SomeoneTellFox, expressing their disappointment and demanding an apology from the giant American broadcaster.

According to QZ.com, a spokesman for Fox Studios has confirmed that the footage is indeed the Westgate attack, and said the producers “very much regret using it to depict a fictional act of terror on the show.”

The footage will also be removed from all future broadcasts.

Executive producers Evan Katz and Manny Coto said in a statement, “In episode 4 of 24: Legacy we regretfully included news footage of an attack in Nairobi. It will be removed from all future broadcasts and versions of the show. We apologize for any pain caused to the victims and their families and are deeply sorry.”

In case you missed the footage, here it is.

Security System at Two Rivers Mall Same as One Used During Trump Inauguration < Previous
The King Slayer is Coming!! Game of Thrones Star Expected in Nairobi Next Week Next >
Recommended stories you may like: