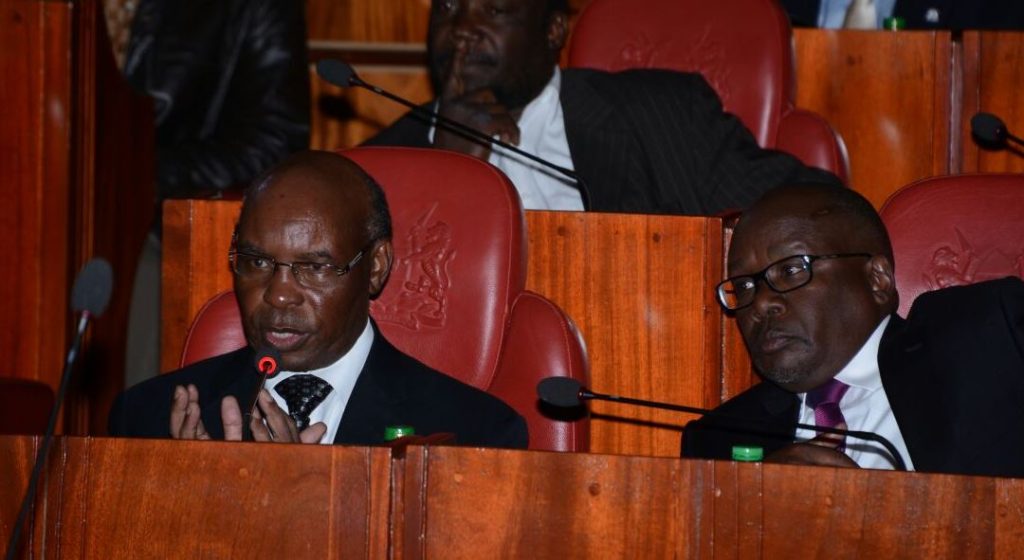 The media mogul made the claim on Tuesday in parliament while making a presentation on the election law debate.

“The one who was declared the winner in 2007 was not the winner… We tracked all the results through satellite phones,” he said. “As per my records, Raila won the elections.”

Mwai Kibaki was announced winner in the disputed election, leading to the worst political violence in independent Kenya. Over 1000 people were killed and more than half a million displaced. Raila eventually became Prime Minister and six Kenyans among them Uhuru and Ruto sent to the Hague for trials.

SK Macharia was arguing his case on the controversial manual backup in voter identification and transmission processes. He said that we can use satellite in areas not covered by mobile phone networks.

One of the arguments used by Jubilee is that mobile coverage is not everywhere in the country, and that Al Shabaab has time and again destroyed communication equipment.

“Equipment does break down. You have to stand by and replace them. You just need to plan properly and do what’s right for the country,” SK added.

Mr. Macharia is a huge supporter of Raila Odinga, and publicly endorsed him in 2013.

In the same sitting, Attorney General Githu Muigai argued his case for a manual backup. The AG told the Senate Legal Affairs Committee that contrary to what critics have said, Kenya has a manual system supported by electronic components.

All The Trending Images This Wednesday < Previous
This is The KTN Journalist Who Stole (Allegedly) Joy Doreen Biira’s Mercedes from SG’s Parking Lot Next >
Recommended stories you may like: